International Agunah Day falls annually on Ta’anis Esther, this year on March 13. Events since last year’s Agunah Day have demonstrated that no part of the Orthodox Jewish community is impervious to the tragic abuse of women in the form of get-refusal.

During the past year the agunah problem has sprouted in kehillahs of every sort – small and large, Modern Orthodox, yeshivish and chassidish – and in the most public of manners, resulting in a tremendous Chillul Hashem.


Even the most insulated communities that have no access to the Internet or general news media must know that the frum world has been displayed in the most negative light for literally the entire world to see. The most terrible venom and sinat chinam spills forth even on “kosher” websites – all caused by one individual at a time refusing to grant his wife a Jewish divorce, a get.

The agunah problem is no longer the problem of the individual agunah and her family or even of the “open” Orthodox community, of which one could possibly claim, “Well, they don’t listen to rabbanim.”

The agunah problem has exposed the fact that get-refusers choose not to obey rabbanim who ordinarily would command their respect – and that the problem has actually caused dissension between great rabbanim themselves.

The situation has reached the point where every rav must lead his followers in protecting their daughters, his own community, and indeed the status of rabbanim themselves from this blight. Experience has shown that once a rav has felt the existential anguish of an agunah from his own kehillah together with his own helplessness in resolving the situation, he is able to take steps to make sure this won’t happen again to the daughters of his followers or to him.

It is time for every rav who leads a community, large or small, to feel the anguish and understand that the Chillul Hashem has reached into his own world.

It is time for every rav to set in place a protective mechanism: to mandate the signing of a prenuptial agreement for the prevention of get-refusal for every couple getting married in his kehillah.

An example can be taken from the relatively small Jewish community of Uruguay. Uruguay’s chief rabbi, less than a year in office, recently developed and mandated a prenuptial agreement for the prevention of get-refusal.

Rabbi Ben-Tzion Spitz, recognizing the need for a community-based solution, explained: “By instituting the wholesale signing of the prenuptial agreement, and without discriminating between couples who may or may not choose such insurance, we have presented a solution to this longstanding problem for all families that will marry under the auspices of the kehillah.”

Chief Rabbi Spitz has shouldered the responsibility that comes with the position of a rav. He has personally felt the anguish of the agunah whose life has been ruined and took a step designed to prevent other women from feeling the same and any man in his community from becoming the cause of a Chillul Hashem.

Every woman and every man in every frum community deserves the protection the community’s rav can provide. Rabbanim: In order to prevent get-refusal, institute a requirement for the signing of a prenuptial agreement on the part of every couple getting married within your community. It is a rav‘s responsibility. 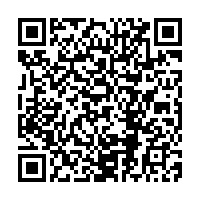