In recent weeks, a flurry of articles by leading Orthodox rabbis and scholars have taken aim at the growing phenomenon of so-called partnership minyans, which feature traditional Orthodox liturgy and mechitzah dividers separating the sexes but allow women to read from the Torah and lead certain parts of the service.

Last week came news of a penalty for a rabbinical school student who had attended one such minyan: Yeshiva University’s Rabbi Isaac Elchanan Theological Seminary had threatened to withhold rabbinic ordination from a young man who had hosted a partnership minyan in his home.


The threat came in the form of a Jan. 13 letter to the student signed by RIETS acting dean Rabbi Menachem Penner, who said women leading services or getting called to the Torah for an aliyah are practices “deemed prohibited by all recognized poskim,” or religious authorities.

A rabbi ordained by RIETS “would be expected to not participate in such activities nor create a public impression that he supports such activities in normative practice,” said the letter.

After news of the threat leaked, YU announced it had secured a commitment from the student, who had successfully completed his course of study but had not yet formally been granted his certificate of ordination, to uphold the institution’s principles. The student is now cleared to participate in the RIETS ordination event on March 23.

The battle over partnership minyans is just the latest scuffle in the war over women’s roles in the Orthodox community.

Some changes that proved deeply contentious at the time of their inception are now normative in Modern Orthodox circles, such as women’s Talmud study and women’s-only prayer services. Others are still highly controversial, such as ordaining women clergy.

For Orthodox Jews who support expanding women’s roles, the innovations of partnership minyans are a way to bring some of the egalitarianism they experience in other areas of their lives into Jewish practice without breaking the limits of Jewish law. Rabbi Daniel Sperber, a professor of Talmud at Bar-Ilan University and the most prominent Orthodox authority on Jewish law who backs these minyans, says the halachic principle of “human dignity” provides an opening to allow women to take public ritual roles in the synagogue.

To their opponents, these changes are dangerous deviations made more insidious by the fact that they are happening inside the Orthodox community by Jews who claim to be acting according to Jewish law.

Rabbi Hershel Schachter, a yeshiva head at RIETS, has been the leading voice in the recent chorus of condemnation. In a recent article, he argued that having women lead services or read from the Torah constitutes a religious breach that corrupts the spirit and violates Jewish laws regarding women’s modesty, public dignity and the requirement of deferring to Torah sages.

Partnership minyans have existed on the fringe of the Orthodox community for more than a decade, starting with Shira Hadasha, which was established in Jerusalem in 2002. Over the last decade they have spread rapidly in the United States, including Kol Sasson in Skokie, Ill.; Minyan Tehillah in Cambridge, Mass.; Darkhei Noam in Manhattan and Rosh Pina in Washington. More than two dozen are listed on the website of the Jewish Orthodox Feminist Alliance, though they don’t all meet every Shabbat.

None of the minyans are full-time congregations with daily services, and they operate without congregational rabbis and meet in rented space, usually in Conservative or Reform institutions. Though they draw mostly from the Orthodox community, they also have attracted Jews raised in the Conservative movement looking for more observant communities. The minyans generally avoid calling themselves Orthodox but say they operate within the letter of Jewish law – even if their services upend centuries of Orthodox tradition. 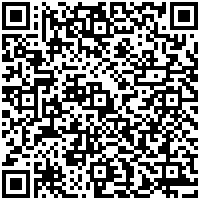