It was a sunny day in the Gush Etzion area and then the clouds rolled in. Nestled upon a hill of the town of Elazar was a carpentry shop. Atop its roof an Israeli flag blew in the wind. By morning’s end, it was gone along with the building.

A short distance outside the premises, a sizable crowd had gathered. They were kept away by a line formed by the border police. Inside and in the immediate vicinity of the carpentry shop slated for demolition this day, were hundreds of students who arrived during the prior evening from high schools around the area. By their presence, they would delay the destruction. Also accompanying the students were some of their Rabbis and teachers. At midnight the premises was closed off by the police in order to control the size of the protest.

The owner of the condemned business was away on reserve duty, serving the country which was about to destroy his business.

The group was loud and spirited. They blew whistles and sang songs, ‘Am Yisrael Chai’, ‘HaTikvah’, ‘V’Ata Takum’.

The protest would soon be brought to an end.

Later in the morning, members of the Yasam riot control police unit entered the building to evacuate the students. The noise level increased. Some boys who refused to leave were forcibly escorted from the area. But it was not like the commotion at Amona during the summer.

The Israeli flag was pulled down and then the demolition began. Before the crowds, the property was dissembled piece by piece. Then one single tractor arrived to finish the job amid warnings announced on a loudspeaker to the students who would face arrest if they interfered.

It is one thing to hear of the uprooting of a Jewish home or building, it is another to see it up close.

The sound of the building cracking to the push of the bulldozer was clearly audible. Some screamed in distress. Some embraced as to console one another. Others sat down and gazed towards the site. One of the bystanders watching from afar muttered the word “disgraceful.”Another commented, “Absurd“.

It was high school students who were the defenders courageously trying to hold on to this small piece of Israel. They will soon serve their nation in the IDF and Sherut LeUmi. (National service for women)

The tiny parcels of land for which there is no claim, were built and inhabited with the permission of the government. And now, on November 29, 2017, due to the decision of the Supreme Court, the floor has been pulled out from under one building. Sixteen homes in Netiv Avot await the same fate in March 2018, with no compensation offered to the owners.

This is not even a matter of dispute.

May the homes of Netiv Avot be spared the consequences of very mistaken judgment. 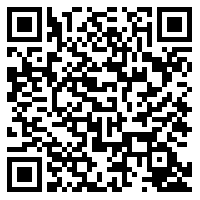