Arab rioters on Sunday night stoned Israeli vehicles on the Husan bypass road, a main access road to the Haredi city of Beitar Illit in Judea, Rescuers Without Borders reported. Between 10 and 12 vehicles were damaged, including a bus.

A pregnant woman suffering from an anxiety attack following an attack on her car managed to reach the tunnels checkpoint on Rt. 60 and was evacuated by MDA to Shaare Zedek Medical Center in Jerusalem.

The rioters were throwing huge rocks at the passing vehicles, between 10 and 11 PM. The village of Huasan, which, like Beitar Illit, is located in what used to be a no man’s land before 1967, and as such is separated from the rest of Judea and Samaria by the Ariel Sharon separation wall. Researchers believe the original inhabitants of Husan (the name means “goodness and beauty” in Arabic) arrived from the Arabian Peninsula and Yemen in the 3rd century.

Husan was a source of anti-Israeli violence even before 1967, and as such the target of a massive IDF retaliation operation in September 1956.

IDF forces are searching the area in an attempt to capture the rioters.

An eyewitness told Beitar Online: “I took the bus home from Jerusalem to Beitar. Just before the entrance the city, the driver slammed the breaks and we heard a boom. I saw three Arabs standing on the sides of the road, throwing huge rocks at vehicles. Everyone started to cry. There were children on the bus. It was really scary. ”

“We are waiting for the army to put an end to this, once and for all,” the eyewitness added. “A solution must be found. It’s in conceivable to treat this as just another incident.” 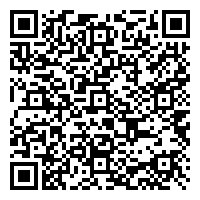