Earlier this month, Secretary of State Hillary Clinton told a forum of Jewish leaders that “sometimes friends need to tell each other the hard truth.” I’d like, on behalf of my people, to return the courtesy with the following words directed to President Obama.

Mr. President, you have always been rhetorically supportive of Israel, but the incongruence of your actions in the first year of your presidency has left us Israelis, and Jews worldwide, scratching our heads in bewilderment.


No we can’t take any chances when it comes to the physical security of our land and our people – including my three daughters, all under the age of six. There exists no room for error. Security is the primary priority. You see, we learn from our history, and it teaches us a simple truth:

No we can’t count on the promises or protection of other nations when our people face an existential threat. The world watched, immovable, as we were slaughtered by the Nazis. In every decade of Israel’s existence, its neighbors or the Palestinians have waged war on us, and the world has watched in relative silence. In the years after the so-called Oslo peace treaty, the world was quiet as Israelis suffered hundreds of Palestinian suicide bombings, stabbings, drive-by shootings and kidnappings. The world did, however, feel free to openly criticize us when we set up check posts and built a security fence to protect ourselves.

No we can’t understand how, in 2006, when thousands of Hizbullah missiles rained down on a third of the Israeli population, the leaders of the world found it important to criticize Israel’s military reaction. Similarly, we read and heard their criticism during Operation Cast Lead in Gaza. They had remained mute rather than commend Israel’s military restraint during the years when Kassam rockets from Gaza forced Israel’s Southern population to sleep in bomb shelters. Of course, they found their voices when the Israeli military went into Gaza to locate and destroy the Hamas rocket launchers.

No we can’t stomach the thought of a Holocaust-denying, Hizbullah-and-Hamas-funding Iranian president who openly states his desire for nuclear capability and the destruction of the “Zionist entity.”

No we can’t imagine you doing anything more than proposing more sanctions on Iran. What do you call it – “containment”? This is where he ends up getting the nuclear weapons he seeks, right?

No we can’t accept a divided Jerusalem. Jerusalem is the eternal capital of Israel and the Jewish people. It is the only holy city of the Jewish people – not the “third holiest city” as it is for Muslims – and has been so for over 2,000 years. Neither can we have friends dictating to us where in Jerusalem we can or cannot build – or feeling insulted when we do as we please in our own land.

No we can’t comprehend why you would spend the first year of your presidency hugging and bowing to such shining leaders of freedom and democracy as Venezuela’s Chavez, Saudi Arabia’s King Abdullah, or Mubarak of Egypt. I know you’re aware of the brutality and lack of freedoms in such non-democracies – the beheadings, the inability of women to bear witness in court or to simply drive, the lack of tolerance when it comes to people who are different.

No we can’t understand why you choose to make a big deal about Jews building in their holiest city in Israel, where Arabs enjoy more freedoms than they would in any Arab country. We’re an easy target, we know, but please – how about finding something more substantial to make an issue of – and preferably with a non-democracy.

No we can’t fathom why you don’t “get” us Israelis yet. Our governments have repeatedly demonstrated an unwavering commitment to peace, and a willingness to pay a high price for it. In 1947, we accepted the UN’s two-state resolution on the partition of Palestine, despite the fact that we would not have had any control of Jerusalem or the surrounding neighborhoods. The Arabs rejected it and declared war on our fledgling state. In 1979 we gave up the Sinai – a piece of land greater than the size of the state of Israel – for peace with the Egyptians. 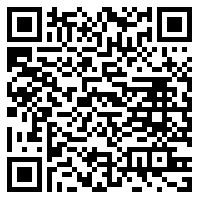