President Obama’s nastiness toward Prime Minister Netanyahu would be alarming even it were merely a matter of style to impress the Muslim world. But Obama’s motivation is much more substantive. He seeks to impose a solution – whether it leads to peace or it doesn’t – that will return Israel essentially to the 1949-1967 armistice lines, including a loss of Jewish sovereignty in the Old City of Jerusalem.

If Israel doesn’t accept his diktat, Obama could have the UN Security Council recognize the lines he sets as the international border between Israel and a new Palestinian state.


Israel achieved peace agreements with Egypt and Jordan. While it may be an exaggeration even to say that those agreements have led to a cold peace, there was at least an end to violent conflict.

There is no basis whatsoever to think that a withdrawal to the 1967 borders would result in an end to Palestinian violence. Even if one buys into the dubious idea that Fatah wants peace, Hamas would still control Gaza – and could be expected to take control of Judea and Samaria if the IDF were not present. An end to the IDF presence in Judea and Samaria would also put Jerusalem and Tel Aviv well within range of the same missiles that are launched from Gaza into southern Israel.

In Jerusalem, putting Jaffa Gate under Palestinian control – as proposed in the final status plans that supposedly “everyone knows” are inevitable – would quickly end the Jewish presence in the Old City and make visits to the Western Wall too dangerous to contemplate, not to mention expose nearby neighborhoods in “west” Jerusalem to sniper fire emanating from the higher ground in the Old City.

Inconvenient facts like these don’t interest or concern the Obama administration – which has proven to be shockingly ignorant about reality. As just one example of this, Ynet reported that during their recent meeting, Netanyahu had to explain to Obama that the northern Jerusalem neighborhood of Ramat Shlomo is not in the Old City.

Also showing little interest or concern about Israel are the Jewish members of New York’s Congressional delegation. At the recent AIPAC conference, Senator Charles Schumer claimed to be “a shomer Yisrael, a guardian of Israel.” But Schumer has been completely silent about the Israel-bashing by the Obama administration. Evidently, the guardian of Israel slumbers and sleeps.

Jewish members of the House of Representatives have been no better. Jerrold Nadler hasn’t seemed to have anything to say at all. Gary Ackerman told The New York Times that this is “a moment for the Obama administration to say to our Israeli partners and our Palestinian partners, ‘We need to see peace.’ ” Anthony Weiner has presented restrained criticism of the administration – better than his colleagues, but still a marked contrast to his typically aggressive style, which was recently on display in his vocal support for Obama’s health care reform bill.

The refusal of Democrats to publicly disagree with Obama should cause us to appreciate former senator Al D’Amato, a Republican who remained an outspoken supporter of Israel even when it faced pressure and censure from the Republican Reagan and Bush administrations.

There has been strong support of Israel from many conservative writers, as well as from some who had supported Obama’s presidential campaign, like Martin Peretz and Ed Koch. Also promising has been Rabbi Shmuley Boteach’s sharp criticism of Obama’s anti-Israel stance. After previously spending too much time chasing celebrities, the talented Rabbi Boteach now appears ready to lead on behalf of Israel.

But, unfortunately, the Jewish establishment has been completely ineffectual. Our establishment leaders may be sincere and well-meaning, but one wonders if some of them are too concerned about getting invitations to next year’s White House Chanukah party – or to Chelsea Clinton’s upcoming wedding.

It’s especially hard to understand why there has been no rally in support of Israel. Eight years ago, after hundreds of Israelis had been murdered in Yasir Arafat’s terror war, the establishment leadership finally woke up and organized a rally in Washington. On a workday right after Passover, more than 200,000 Jewish Americans came from across the country.

That rally saved lives. At a time when the U.S. was relentlessly bombing Afghanistan, President Bush had been publicly demanding an immediate IDF pullout from towns in Judea and Samaria. “I meant what I said to the prime minister of Israel. I expect there to be withdrawal without delay,” Bush insisted then. Those of us at the rally firmly stated our position: “No more Arafat” and “No double standard.” The IDF stayed. Two months later, Bush announced the U.S. would no longer deal with Arafat. 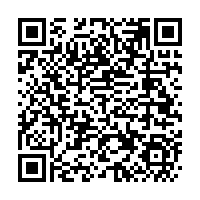