The Palestinians are weak, both the Palestinian Authority and Hamas. Arab countries will not deal with them and are even tired of them. The Turks are busy with Syria and their economy. Europe and the USA are busy with Ukraine and dealing with inflation.

Even the Israeli public has already forgotten the wave of murderous attacks a few months ago and is preoccupied with the cost of living, because it hurts more right now. This is precisely the time not to abandon the Palestinian Arabs, but to push them harder and impose our conditions on them, before it is too late.


US President Joe Biden humiliated Abu Mazen. The visit paid lip service to the Saudis and the progressive wing of the Democrats at home. The meeting took place in Bethlehem, not in Ramallah, and without a real discussion of any in-depth issue related to the moribund peace process.

It is true that Biden wrote a check, but it was modest and basically intended to compensate for a lack of interest in the core issues and a lack of condemnation or putting any pressure on Israel.

At such moments, Israel must not take its foot off the gas, not make gestures or concessions and not hold talks. On the contrary, it needs to increase the pressure, exploit this opportunity to impose our terms.

It is both possible and legitimate.

The war in Ukraine brought us back to long-standing conflict-related concepts that have been with us for thousands of years, of victory versus defeat.

For several decades we thought that the West had forgotten this, but apparently not.

When it serves the Western countries, like the USA and Europe, they recall such concepts seemingly of the past. We see their calls for Ukraine not to negotiate with Russia, but to strive for victory.

The West does not call on Ukraine to give up the territories for the sake of ending the fighting.

The same Britain that for decades called Israel to make concessions is pushing Ukraine to continue fighting until victory over Russia; it does not call to give up the territories for the sake of an end to the fighting and saving the lives of civilians.

The obvious conclusion from this is that they pushed Israel into negotiations and concessions not because of the loss of the values ​​of victory, but because they did not want Israel to win.

This is the moment to demand an end to violence, an end to incitement, full recognition of the State of Israel as a Jewish state, to strive for a settlement in Gaza, to settle Bedouin lands in the Negev by force, to toughen the conditions of security prisoners in Israeli prisons, to work to strengthen sovereignty on the Temple Mount, to significantly strengthen Jewish settlement in the Galilee and the Golan, and in Judea and Samaria, to establish the Civil Guard to ensure security in all cities.

It will draw a reaction, both from Gaza and Hezbollah.

However, if we push for victory in a year or two, we may receive a stronger and more aggressive Iran, with nuclear weapons, with more significant funding for Hezbollah and Hamas, and with Russia and China backing it.

In the future, the challenge will be much greater, and the conditions more difficult.

So, while Israel will become stronger and better prepared, the gap between us and our enemies might actually decrease. 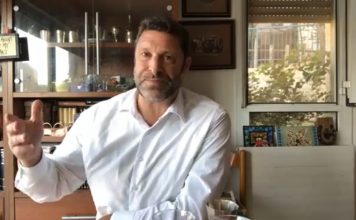