The August 2022 Israeli war on Gaza-based Palestinian terrorists serves as a wake up call for Israeli and Western policy makers and public opinion molders, who are determined to observe/assess the volcanic and treacherous Middle East through the accommodating and relatively-peaceful Western lenses.For example:*The August 2022 war on Palestinian terrorism is a wake up call to the Israeli and Western “Palestine-Firsters.” Once again, Arab countries showered the Palestinians with an embracing-talk, but refrained from a supportive walk, militarily, financially or politically. Hence, the 2022 Arab walk was consistent with the Arab conduct during all previous military clashes between Israel and Palestinian terrorism: the First and Second Intifada of 1987-1993 and 2000-2005, the 1982-85 war against the PLO in Lebanon, and the four wars against the Gaza-based Hamas terrorists in 2008-9, 2012, 2014 and 2021.*During the last few days, I participated in several TV panel-discussions with experts from Morocco, Egypt, Saudi Arabia, the United Arab Emirates and Bahrain. All of them concurred with my perspective on the non-centrality of the Palestinian issue in Middle East affairs, displaying indifference or hostility toward the Palestinians. They echoed the Arab image of Palestinians as a role-model of intra-Arab subversion, terrorism and ingratitude, as documented by the Palestinian intra-Arab track record.  *In contrast to Western conventional wisdom, Arab policy makers are convinced that the proposed Palestinian state would be a pro-Iran, pro-Russia and pro-China rogue/terrorist entity, fueling domestic and regional turbulence, and intensifying the existing threats to the survival of every pro-US Arab regime.*The August 2022 war against the Gaza-based Palestinian terrorism is a wake up call to Israeli and Western policy-makers and public opinion molders, who have adhered to the convenient, but illusive, worldview of a diplomacy-based “New World Order” and a “New Middle East.”They have been infatuated with the application of Western scenarios of peaceful-coexistence, human rights, democracy and a “Marshall Plan-like” enticements to Middle Eastern rogue entities.  But, these noble and tempting Western values are dramatically superseded by religion, history, ideology and ethnicity in shaping the 1,400-year-old violent, intolerant, unpredictable, frustrating and inconvenient intra-Arab Middle East reality.In fact, the unprecedented financial and strategic benefits showered upon the Palestinians by the 1993 Oslo Accord and the 2005 uprooting of Israel from Gaza yielded – as expected – unprecedented waves of terrorism, which has been driven by the vision to eradicate Jewish sovereignty in “the abode of Islam.”  Similarly, the mega-billion-dollar financial bonanza accorded to Iran’s Ayatollahs by the 2015 JCPOA yielded – as expected – an unprecedented beefing-up of the Ayatollahs’ regional and global anti-US rogue conduct, aimed at bringing to submission “the Great American Satan.”*The August 2022 Israeli war on Palestinian terrorism demonstrated that Israel’s policy of diplomacy – coupled with a periodical major military reaction to Palestinian terrorism – yielded a dramatically stronger Palestinian terrorism, with thousands of missiles covering most of Israel, including Jerusalem and Tel Aviv. Preemption facilitated the August 2022 elimination of most top Islamic Jihad terrorists. Preemption – and not reaction – should guide Israel’s war on Palestinian terrorism, destroying – preemptively – the storage of missiles and other lethal systems, as well as all manufacturing and smuggling facilities of such systems. Preemptive elimination – and not reaction – should be executed against the leaders of Palestinian terrorism, preempting their systematic and deliberate targeting of civilians.*The August 2022 Israel war on the Iran-supported Palestinian terrorists (which include Hamas and Islamic Jihad) highlights the fact that the Iranian threat to regional and global stability is not limited to nuclear, but includes the threat of Iran-supported subversion and terrorism in the Persian Gulf, the Middle East at-large, central Asia, Africa and Latin America from southern Chile to the US-Mexico border.*The August 2022 war was a battle between Israel and the Palestinian Islamic Jihad terrorists, who – just like Hamas and the Muslim Brotherhood – are not driven by despair and frustration. They are driven by the vision of establishing a universal Islamic society, which mandates the toppling of all national Muslim regimes, and bringing the West (especially the US) to submission.They view the Jewish State as an effective outpost of the West in “the abode of Islam,” which plays a central role in global trade, oil production and the battle against anti-Western Islamic terrorism.*The August 2022 war has highlighted Israel’s posture of deterrence in the face of terrorist groups (e.g., the anti-US Muslim Brotherhood, ISIS and Palestinian terrorists) and rogue regimes (e.g., the anti-US Iran’s Ayatollahs), which pose a clear and present lethal threat to all pro-US Arab regimes, such as Morocco, Egypt, Jordan, Saudi Arabia, the United Arab Emirates, Bahrain and Oman. Moreover, Israel’s posture of deterrence was not enhanced because of its peace accords with a growing number of Arab countries.  Arab countries concluded peace accords with Israel because of Israel’s enhanced posture of deterrence.*The military, intelligence and technological capabilities demonstrated by Israel during the August 2022 war on Palestinian terrorism, have reinforced its role as an effective force-multiplier for the US in a critical region (between Europe-Asia-Africa and theMediterranean-Red Sea-Indian Ocean-Persian Gulf), which has been an epicenter of anti-US terrorism, drug trafficking and the proliferation of advanced military systems throughout the globe, including Central and South America. *The August 2022 military clash between Israel and the Iran-supported Palestinian terrorists demonstrated the advantage/necessity of preemptive military initiatives against rogue entities, especially when the diplomatic option fails to advance the cause of peaceful-coexistence, while bolstering the capabilities of the rogue entities. For instance, the diplomatic option has dominated US policy toward Iran’s Ayatollahs since their ascension to power in February 1979. It has provided a vigorous tailwind to the Ayatollahs anti-US strategy and a robust headwind to all pro-US Arab regimes and to the national security and homeland security of the US.*Will US policy-makers adhere to their own conventional wisdom or to the track record of their policy? Will they stick by their Western-oriented diplomatic option, or switch to the Middle East-oriented regime-change and military preemption options? While the latter entails some cost, it would be dwarfed by the cost of facing a nuclear Iran! 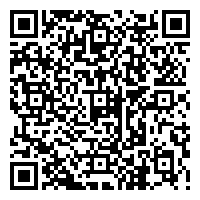