According to the Honolulu Star-Advertiser, Green has been the Democratic front-runner in fund-raising, endorsements, and approval ratings, even after Congressman Kai Kahele had announced he was joining the race. Green came in first ahead of former first lady Vicky Cayetano, and Kahele in third place.


The last Republican to win the governorship in Hawaii was Linda Lingle, who was in office from 2002 to 2010 when she was term-limited.

Josh Green was born in Kingston, New York, and raised in Pittsburgh, Pennsylvania. He came to Hawaii to serve in the National Health Service Corps as a physician and has remained a physician in Hawaii’s rural emergency departments while serving in public office. As a state legislator, in 2016, he championed the initiative to create an insurance mandate for children with Autism Spectrum Disorder, known as, “Luke’s Law.” In 2018, he fought to establish a legal safeguard so that parents with disabilities would no longer have their children taken away from them. He also led the fight to raise the legal age to obtain tobacco products and electronic cigarettes from 18 to 21, making Hawaii the first state to do so.

An April 2021 poll found that Green had a 63% approval rating with only 17% disapproval, while Governor Ige only had a 22% approval. The huge gap was explained by Green’s visibility during the COVID-19 pandemic and his background as an emergency room physician.

Green is Jewish. In 2006, he married Jaime Ushiroda. They have two children, Maia and Sam. 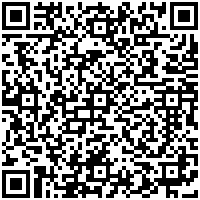