Leftists are deeply unhappy with the First Amendment.


Since they’re losing the public debate, Leftists have decided that the real problem is that the rules of the game – that everyone gets to say what they want – are rigged. If they could simply redefine the rules of the game, they’d suddenly see success, culturally and electorally. To that end, the First Amendment must be curbed so that they can finally have a fighting chance at victory.

On Sunday, The New York Times ran a front-page, 2,000-word report on how “conservatives weaponized the First Amendment.” Now, you might ask yourself why the most famous press institution in American history is questioning the wisdom of the First Amendment. You might also ask yourself how conservatives could have weaponized a freedom. This is sort of like saying that law-abiding citizens weaponized the right to be free of unreasonable search and seizure. But according to the Times’ Adam Liptak, conservatives have twisted the definition of free speech to enhance their own political goals.

Quoting execrable Supreme Court Justice Elena Kagan, Liptak explains that conservatives have been “weaponizing the First Amendment” through decisions that recognize the rights of non-union members, religious Americans, and people who want to spend money on elections. Liptak states:

Conservative groups, borrowing and building on arguments developed by liberals, have used the First Amendment to justify unlimited campaign spending, discrimination against gay couples and attacks on the regulation of tobacco, pharmaceuticals and guns.

Or, alternatively, conservatives have been under attack on First Amendment grounds for decades, and the Left is finally getting held to a First Amendment standard. It used to be that attempts to curtail the First Amendment largely sprang from the Right; now those attempts come from the Left, and the Supreme Court recognizes that obvious fact.

But according to The New York Times, this is a problem, since the First Amendment was only meant to protect Leftist interest groups. As Liptak explains:

As a result, liberals who once championed expansive First Amendment rights are now uneasy about them. “The left was once not just on board but leading in supporting the broadest First Amendment protections,” said Floyd Abrams, a prominent First Amendment lawyer and a supporter of broad free-speech rights. “Now the progressive community is at least skeptical and sometimes distraught at the level of First Amendment protection which is being afforded in cases brought by litigants on the right.” Many on the left have traded an absolutist commitment to free speech for one sensitive to the harms it can inflict.

This is inane, of course. As soon as we subvert the commitment to free speech in favor of curbing the harms attendant on free speech, free speech is no longer a right. This view of the First Amendment is anti-Constitutional; the founders believed that rights pre-existed government, not that the government created rights. But if you believe the government created and gives you rights, then anything the government deems to be bad can countermand such rights. That’s the perspective of Democrats these days: conservative speech is bad for the country, and thus ought to be curbed, while Leftist speech ought to be promoted. See, for example, Professor Frederick Schauer:

There was a certain naïveté in how liberals used to approach free speech, said Frederick Schauer, a law professor at the University of Virginia. “Because so many free-speech claims of the 1950s and 1960s involved anti-obscenity claims, or civil rights and anti-Vietnam War protests, it was easy for the left to sympathize with the speakers or believe that speech in general was harmless,” he said. “But the claim that speech was harmless or causally inert was never true, even if it has taken recent events to convince the left of that. The question, then, is why the left ever believed otherwise.” Some liberals now say that free speech disproportionately protects the powerful and the status quo.

In other words, free speech never should have been allowed to roam untrammeled. Instead, the Left should have used the power of government to reinforce its messaging. When you believe that neutral rights like the right to free speech are a problem because some people more effectively use those rights, you’re no longer a believer in the right itself. See, for instance, Professor Louis Michael Seidman and Professor Catharine A. MacKinnon:

“When I was younger, I had more of the standard liberal view of civil liberties,” said Louis Michael Seidman, a law professor at Georgetown. “And I’ve gradually changed my mind about it. What I have come to see is that it’s a mistake to think of free speech as an effective means to accomplish a more just society.” To the contrary, free speech reinforces and amplifies injustice, Catharine A. MacKinnon, a law professor at the University of Michigan, wrote in “The Free Speech Century,” a collection of essays to be published this year. “Once a defense of the powerless, the First Amendment over the last hundred years has mainly become a weapon of the powerful,” she wrote. “Legally, what was, toward the beginning of the 20th century, a shield for radicals, artists and activists, socialists and pacifists, the excluded and the dispossessed, has become a sword for authoritarians, racists and misogynists, Nazis and Klansmen, pornographers and corporations buying elections.”

Free speech is just another element of a corrupt republic that must be torn down brick by brick in favor of a better world. When you see Donald Trump as the final iteration of a hierarchical system built to prevent the world from achieving utopia, that system must be dismantled – starting with the freedoms that allowed Donald Trump to become president. It’s that simple for the Left.

And it’s that dangerous. This, as the saying goes, is how you got Trump. 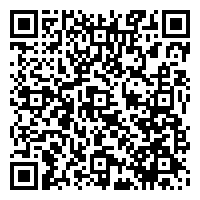