Israel has announced it has closed the Kerem Shalom Crossing into Gaza in response to the incessant arson terror attacks against southern Israel emanating from the enclave.

More than 30,000 acres of forest, park and farmland have been utterly destroyed in the past several months due to the campaign of arson terror being waged by Hamas against Israel.


However, although Israel has decided to block the flow of commercial goods in and out of Gaza, the IDF has said that humanitarian aid — including food and medicine — is still being allowed through, albeit with case-by-case approval of the Coordinator of Government Activities in the Territories (COGAT), IDF Major General Kamil Abu Rokon.

“The State of Israel aspires and acts to improve the humanitarian reality in the Gaza Strip in many ways. However, in light of the situation in which the Hamas terror organization exploits the Gazan residents and launches arson and explosive balloons and kites towards the communities adjacent to the Gaza Strip, Israel decided to take these measures. The current situation does not allow the residents of southern Israel to maintain their daily routine,” the IDF said in a statement.

“Should these severe conditions continue, Israeli measures will persist and intensify.

In addition, the decision was also made not to approve an extension to the three-month temporary expansion of the fishing zone around Gaza from the usual six nautical miles to nine nautical miles, which expires Monday.

“The fishing zone will return to a range of six miles,” said the IDF.

In the first weekend in May, Gaza terrorists set fire to their own natural gas pipeline, one that supplies Gaza with fuel from Israel, at the Kerem Shalom crossing.

The crossing was closed for several days due to the damaged infrastructure, which made it impossible to move fuel and other goods.

On May 14, Gaza terrorists damaged the security fence and then entered the crossing compound, where they then set fire to the infrastructure used to deliver fuel to the enclave at Kerem Shalom crossing, proudly broadcasting the accomplishment via a live broadcast on Facebook throughout the proceedings.

Two days later, Hamas terrorists worked to prevent humanitarian aid from reaching its citizens, blocking two IDF Technology and Logistics trucks filled with medical supplies for doctors who were treating the wounded in Gaza border violence. A separate convoy of international trucks was allowed to pass.

The terrorists burned essential equipment and infrastructure at the crossing three times in the month of May alone. They are continuing their arson attacks against southern Israel, burning agricultural fields where more than a year’s worth of food has already been destroyed. 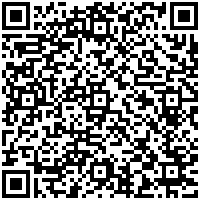