In light of recent recurring tremors in Israel’s northern region, the Defense Ministry is to hold a special emergency convention on Wednesday, aimed at determining the readiness of Israel’s emergency services in the event of a large-scale natural disaster.


On Sunday, the tenth tremor in just under a week shook the area around the Sea of Galilee, raising fears that a large-scale earthquake may be looming around the corner. Israel is located on a rift between two tectonic plates, making the country prone to earthquakes, and a large-scale earthquake typically hits the region once a century. In 1927, a 6.2 magnitude quake epicentered in the Dead Sea caused serious damage and destruction in Jerusalem, Nablus, Jericho and Tiberius. In 1837, a devastating 7 magnitude earthquake shook the Galilee, destroying Tzfat and causing major damage in Tiberias.

In 2004, State Comptroller Eliezer Goldberg said the state’s lack of earthquake preparedness left the country in serious danger of extensive damage and loss of life in the event of a significant earthquake. In an report to the Knesset, Goldberg predicted that in the event of an earthquake with a magnitude greater than 6.0, no fewer than 16,000 Israelis would be killed, 90,000 more injured, and 377,000 being displaced.

This past week’s tremors served as a reminder to Israeli authorities that such a disaster may very well be approaching.

Chairman of the Subcommittee for Home Front Security MK Amir Peretz announced that he will also be convening a special meeting on subject on Thursday. “Earthquakes are fate’s decree, but one that the home front can prepare for, and that is the government’s responsibility,” said Peretz, adding that “we must prepare a national emergency plan. which needs to be implemented by the state before a lethal earthquake hits us.”

“We can’t predict exactly when the next big earthquake will be,” Dr. Ran Novitsky Nof of the Seismological Division of the Geophysical Institute of Israel told TPS, “Sometimes small earthquakes, presage a bigger one, and sometimes they just release seismic energy (but don’t necessarily indicate a coming bigger one),” he added. 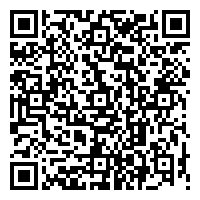