Since first being elected, President Obama has made much of his determination to “go it alone” when he can’t get his way from Congress. This has resulted in an endless chain of unprecedented, unconstitutional and illegal actions to advance his self-serving political agenda. At every turn, Obama has sought to make Congress irrelevant. Unfortunately the gutless GOP political leadership aided and abetted him, at the very least by doing nothing, and sometimes even colluding in his efforts. Marco Rubio’s disgraceful illegal alien “reform” plan comes immediately to mind, but so do the countless “showdowns” with the President, in which Republicans have repeatedly blinked.

But either through sheer stupidity, or likely, some much more malevolent, calculated strategy, Obama has painted himself into an impossible corner by pronouncing a very specific “red line” that, if crossed by our enemies, promised military action. So now when forced by his own words to deliver the goods, what does he do? Something he has never done before: he decides to “consult” Congress.

Do you see what has happened here? By giving the issue to Congress, he evades sole responsibility and makes himself look “principled” for pretending to follow the Constitution by acknowledging Congress’s responsibility to “declare war” — never mind that the contemplated actions don’t rise to the level of a war declaration. Because our national media conspires with Obama on a daily basis, no matter what Congress decides, Republicans will take the blame, and you can be sure it will be used as a 2014 campaign issue against them. Finally, this whole controversy has taken the country’s mind off Obama’s many politically damaging scandals.

Obama has demonstrated repeatedly just how reckless his foreign policy is. Early on, he announced his decision to withdraw troops from Afghanistan in 2014, while simultaneously dramatically tightening our military rules of engagement. Telegraphing our intentions to the Taliban while tying our war fighters’ hands had a predictable result. The Taliban dramatically increased its terrorism, use of IED’s, and “insider attacks” by Afghan soldiers, making our continued presence that much more unpalatable and demoralizing, while creating mounting pressure to abandon what has become a completely futile effort under this administration .

U.S. casualties in Afghanistan under President Obama have skyrocketed: 1,639 killed during Obama’s four-and-a-half years versus 630 in the eight years under George W. Bush. Coalition IED deaths have topped 1,068 during the Obama years compared with 310 during Bush’s term. Between 2007 and March of 2013, there were a total of 92 U.S. personnel killed in insider attacks and another 132 wounded, according to a Pentagon report. Approximately 25 percent of these attacks are estimated to be from Taliban infiltrators. Most of the insider attacks have occurred since Obama took office.

For a sitting president to telegraph his specific war plans to the enemy, as Obama did, is insane; unless of course, his goal was to hobble our efforts. In that case, he has been wildly successful. His policies have effectively neutered anything we accomplished in Iraq and Afghanistan and have guaranteed our ultimate failure – all the while racking up American war casualties. As a former U.S. Army Colonel and Afghanistan war veteran recently tweeted:

Obama should have already faced electoral defeat, impeachment, or even an investigation into possible treason for his travesties in Afghanistan and Libya, and would have if the media did its job. But the media has long since abandoned any shred of objectivity. Indeed, were Obama exposing himself daily on the White House lawn, the media would no doubt laud his courage in “challenging” us to broaden our minds and become more accepting of “alternative” behaviors.

With typically galling arrogance, Obama pronounced that Syria must not be allowed to get away with gassing 1,400 people, and “Mad Uncle Joe” Biden chimed in that there was “no doubt” the Syrians did it. But virtually all evidence points to the rebels. This was a deliberate false-flag operation conducted by the Islamic terrorists at the heart of the rebellion. By specifying explicitly what he would not tolerate, i.e. the use of chemical weapons, Obama virtually guaranteed that someone would find a way to use that to their advantage. 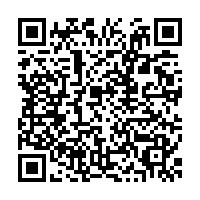