During the 2008 presidential campaign Barack Obama vowed he would be a different kind of leader who would move America beyond the “smallness of our politics.” That inspired promise was not an insignificant part of why he was elected last November.

In his inaugural address President Obama told us “the time has come to set aside childish things.” He promised to bring “an end to the petty grievances and false promises, the recriminations and worn out dogmas that for far too long have strangled our politics.”

Not only has Obama failed so far to live up to those promises, it appears that on a number of occasions he’s made a conscious decision to break them.

In his first nine months in office Obama and/or members of his administration have accused doctors of performing unnecessary medical procedures for profit; demonized bond holders as “speculators”; produced a report suggesting military veterans are prone to becoming right wing extremists; attacked insurance companies and threatened them with legislative retribution; ridiculed talk show hosts and political commentators by name from the White House podium; dismissed and demeaned protesters and town hall attendees as either unauthentic or fringe characters; maligned a white police officer for arresting a black man without knowing the facts of the case; launched an orchestrated campaign to marginalize the country’s biggest pro-business group; and publicly declared war on a news organization.

Twice recently – once in San Francisco at a DNC fundraiser and once at a rally for New Jersey governor Jon Corzine – Obama, perhaps carried away by the campaign atmosphere, ramped up the use of the kind of partisan rhetoric that will drive Americans further apart..

As a result of this strategy, Obama’s approval rating has fallen consistently since taking office while Americans’ disapproval of the way he’s handled his job has more than doubled and is now at an all time high of 44 percent. Gallup reported last week that the 9-point drop in Obama’s approval rating between July and September was the third-most precipitous decline for a president in polling history and the worst since 1953.

Americans understand it’s not easy governing a country as divided as ours. It takes hard work to find common ground in a system that’s been increasingly polarized, and it takes political courage for a president to buck the interests of the base of his party when necessary.

More than anything else, achieving real bipartisanship requires a good-faith effort, led by the president, that genuinely seeks compromise with the opposition without demonizing, dismissing, or demeaning them.

In fact, that’s exactly how then-candidate Obama described his vision of “genuine bipartisanship” in his book The Audacity of Hope:

Genuine bipartisanship, though, assumes an honest process of give-and-take, and that the quality of the compromise is measured by how well it serves some agreed-upon goal, whether better schools or lower deficits. This in turn assumes that the majority will be constrained – by an exacting press corps and ultimately an informed electorate – to negotiate in good faith.

If these conditions do not hold – if nobody outside Washington is really paying attention to the substance of the bill, if the true costs of the tax cut are buried in phony accounting and understated by a trillion dollars or so – the majority party can begin every negotiation by asking for 100 percent of what it wants, go on to concede 10 percent, and then accuse any member of the minority party who fails to support this “compromise” of being “obstructionist.”

Though Obama wrote that as a member of the congressional minority and a critique of past policies, it sounds eerily familiar to what’s going on in Washington right now.

Hundreds of billions of dollars in Medicare savings are promised – savings that we’re told cannot occur without voting for a total overhaul of the health care system. Hundreds of billions more have been offloaded in a budget gimmick to make the bill appear less costly than it really is so it will comply with the president’s promise not to add a dime to the federal deficit.

Substantive measures proposed by the opposition – measures like medical malpractice reform whose inclusion in a “comprehensive” effort would seem to make sense – have been given short shrift. 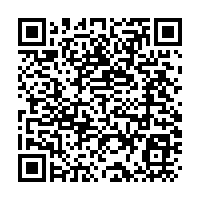