This week we read in the parshah about a tzaddik who changed the world forever.

Yes, one man can change the world.


What kind of man? A man who understands so strongly that God is real that he is not afraid of anyone or anything. He is not afraid to proclaim God’s Name and talk about His greatness. As King David says (Psalm 116), “How can I repay God for all His kindness to me? I will raise the cup of salvations and invoke the Name of God. My vows to God I will pay in the presence…of His entire people….”

Our father Abraham enters the world stage this week in Parshas Lech Lecha. He had the colossal courage to leave the world of idolatry and respond to the call of his Creator. He went willingly to a land and a lifestyle that were unknown to him, but he trusted God.

Abraham is the progenitor of the Eternal Nation, Am Yisrael. With all our foibles and frailties, we have followed his footsteps throughout history, and we have blazed a trail of Kiddush Hashem. No other nation is like us; we have brought the presence of God into this mixed-up world, light into darkness. Our father Abraham taught us how to do it.

On Wednesday night, October 14, in Seattle, Washington, a tzaddik left this world. His name was Joe Russak.

We first met in the summer of 1983, when I traveled to Seattle with a relative who was suffering from a dangerous illness. We had an appointment with a renowned physician at 1 p.m. on a Friday, and there was no way we were going to be anywhere but Seattle for Shabbos. So our rabbi, Rabbi Meshulam haLevi Jungreis, zt”l, (who later became our mechutan) called his colleague in Seattle. Where should our friends stay for Shabbos? The rabbi replied, “The premiere address for hachnosos orchim in Seattle is the home of Joe and Adina Russak.”

And so, two inexperienced young men flew to Seattle. We walked into the Russaks’ home at 10 o’clock Thursday night and I can still remember the aroma! Adina was making tongue with raisin sauce for Shabbos. These two holy people took us into their hearts. I was so impressed with Joe, a famous businessman with illustrious acquaintances, but Joe had no airs. He bought a bottle of Chivas Regal “in our honor” and we had a memorable Shabbos.

That was twenty-six years ago. Joe and Adina became our friends. I called him every erev Yom Tov since then. When my wife and I went to speak in Miami, we stayed with Joe and Adina in their apartment. When my first book, From Central Park to Sinai, came out, Joe believed in it, and made some amazing contacts for me, people who helped me greatly and who themselves have since become my valued friends.

Joe had a heart as big as this world. He was an extremely generous philanthropist, whose name you will find, along with the names of his beloved family, on the Dedication page of the Third Volume of the ArtScroll Tractate Sanhedrin.

His beloved partner, Adina, passed away a few years ago. Joe was a fighter, and he told us he was going to keep going, but he was always fighting back a tear. He missed her so much. They were in it together, for life. The hachnosos orchim, the chesed, the tzedakah, the beautiful and holy family – they were in it together.

A few months ago we were in Seattle and had a beautiful visit with Joe. He was still going to work at the age of 90. Who knew we would never see him again? I called him erev Rosh Hashanah and he sounded fine. And then….

A tzaddik really changes the world. It’s not just that he makes people feel good and gives generously of his resources. A tzaddik literally brings the presence of God into this material world. He elevates the world, because those who come in contact with him become aware of their eternal neshamah and realize that they can connect with the Source of all life. 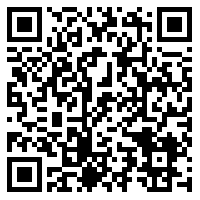