Yeshiva University Museum at the Center for Jewish History

It is only appropriate to begin a Hyman Bloom review with a Chassidic tale. A young man left his village to train as a menorah maker says Rebbe Nachman of Breslov, and returned years later as a master designer. His father invited the local lamp makers to see his son’s talents but grew angry when each guest found a different fault in his son’s alleged masterpiece. The son then explained he had created the worst work imaginable. If the locals found just one fault each in his work, it was due to their blindness to their own aesthetic errors.

The rabbis in Hyman Bloom’s paintings look like rabbis, dress like rabbis, and come with all the usual rabbinic accessories: beards, hats, kippas and Torah scrolls. But don’t let that fool you. Like the Dada lamp of Rebbe Nachman’s story, they aren’t real.

I have nothing against the late Hyman Bloom, who passed away in August. On the contrary, I love his works, which are expertly shown at the Yeshiva University Museum in “Hyman Bloom: A Spiritual Embrace,” an exhibit which originated at the Danforth Museum of Art. I think art history textbooks would be far better if they swapped Francis Bacon’s “Study after Velázquez’s Portrait of Pope Innocent X” (1953) for any of the dozen versions Bloom painted of “Rabbi with Torah.” Bloom’s works are more respectful to religion and, in my opinion, better painted than Bacon’s controversial portrait.

But Bloom’s rabbis are made of the same stuff as Chagall’s shtetlach – dreams, nostalgia and stylization – rather than reality and substance. The rabbis of Bloom’s works lounge around holding Torah scrolls with expressions on their faces that evoke Rembrandt’s “Jeremiah Mourning the Temple” (1630). Though they currently possess the scrolls, the rabbis appear to clutch the Torahs too dearly as if aware they will soon have to relinquish them. It’s almost as if the rabbis know Bloom is asking them to pose for a nostalgic motif dedicated to memorializing their passing rather than celebrating their presence.

In the synagogues I grew up in, the rabbis could hardly be found without a tractate of the Talmud in their clutches. But the Torah scrolls mostly remained safely locked up in the ark. In the few instances that they were removed from the ark – always during prayer, or to be rolled to the correct place for an upcoming prayer – the Torahs were in the hands of the person leading the services, or a strongman who lifted them up during hagbah for all to see that day’s portion (and point at with their little finger, which they kissed), before being safely restored to the ark.

The rabbis certainly didn’t sit around studying or praying while holding the Torah scrolls. It’s uncomfortable to hold a scroll while you study; even if the Torah isn’t a particularly heavy one, it is still bulky and awkwardly shaped for coddling. The configuration of rabbi and Torah seems to promise a quintessentially Jewish blend, but it makes as much sense as a latke and matzoh sandwich.

In her essay in the catalog, Katherine French, director of the Danforth Museum of Art, quotes Bloom on his imagined rabbi portraits: “I decided to paint what I knew It was a good subject to paint. I don’t think anyone else has painted this subject from the imagination. As far as I know, nobody has painted them from memory.”

The 19th century French painter, Delacroix, sketched sleeping lions and tigers at the French zoo – where he was rumored to have shown up for every feeding – and turned them into dramatic scenes of ferocious animals attacking horses and people. Bloom’s rabbis are similarly imaginary constructs, and just as Delacroix’s carnivores often look stiff, Bloom’s rabbis betray their idealized origins.

“Rabbi with Torah” (c. 1995, cat. 39) shows a rabbi in three-quarter view holding a Torah scroll with a green cover over his right shoulder. In his left hand, the rabbi holds a book, perhaps a prayer book. The rabbi’s eyes are closed, and he wears a tallit. A warm light floods the rabbi from the top right corner, and mingles with the bold green, black, brown and white palette Bloom used to depict the rabbi. Something about the light recalls Caravaggio’s famous 1599/1600 painting, “The Calling of Saint Matthew.” Bloom’s rabbi is not only carrying the scroll of the law and praying or studying; he is undergoing a revelatory experience. But unlike Caravaggio’s Matthew, Bloom’s rabbi, by turning to the light, is turning his head away from the Torah scroll he holds.

The rabbi in cat. 48 also pours over a book, following along in the text with his left hand. His right hand embraces a small Torah scroll with a purple cover that bears a stitched representation of the 10 Commandments and a crown. The wooden handles at the top of the scroll are adorned with silver decorations with bells. The rabbi seems to draw the Torah scroll and the book close together, but an ominous purple, white and black form hovers over his left shoulder, invading the soft, pastel-colored background. It would be easy to dismiss the form in the right corner as part of the ark, or as a chandelier, as Bloom depicted in a 1945 painting (cat. 29). But there is more to Bloom’s repertoire than just rabbi portraits.

Like Georgia O’Keefe, who painted either flowers or skulls, and James Ensor, who depicted nightmares in festive palettes, Bloom has skeletons in his aesthetic closet. At the exhibit at the YU Museum, the entire right side of the room is stuffed with rabbis and Torahs, but the left side features self portraits with rats devouring Bloom’s head, demons with horns, skeletons, and séance scenes.

Bloom’s rabbinic superheroes would hardly be heroic if there weren’t evil spirits and skeletons to tempt them. Katherine French’s essay records that in Lithuania, where Bloom grew up, his mother kept him inside one day for fear that Cossacks would shoot the young boy for target practice. As a child, Bloom also dreamt of the devil peering into his room through the window, French notes. Bloom’s childhood fears may have worn off on his imagined rabbis, whose faces are often smeared with greens and jagged lines. There is violence inherent in expression painting, and in visiting his expressionist strokes on his rabbinic subjects, Bloom afflicts his Jews of the Old World.

But in their boldness, the rabbis also become powerful. The Torah scrolls weigh down the old rabbis, but perhaps the scrolls function like the Ark of the Covenant, which was said (Sotah 35A) to be nosei et nos’av (“carry its bearers”). Bloom’s rabbis are inextricably tied to their Torahs. Even if most rabbis today don’t look like Bloom’s rabbis (just as most Jews don’t resemble Tevye the milkman), and even if they don’t tend to carry Torahs, Bloom’s rabbis will live on because the Torah scrolls they clutch continue to live on. In that sense, Bloom’s Torahs realize his rabbis. 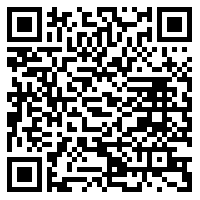