As part of the observance of Yom Kippur, on the afternoon of Wednesday 23, Jews will be reading in synagogues around the world the Book of Jonah.


As the other books that form the collection known as the Hebrew Scriptures, Jonah frames concepts that Jews use to understand human nature and the manner the world functions.

The tiny text (only four chapters) is in fact a big treatise on human behavior in general and leadership in particular. It looks at them from a wholly moral perspective: sin, punishment, repentance, forgiveness- justice versus mercy.

What makes this approach so worthy is that it is the result of hundreds of years of accumulated human experience.

The plot opens with Jonah been commissioned to deliver the city of Nineveh a serious warning: note has been taken of “their-wickedness.”

The task doesn’t suit him, so Jonah “started out to flee to Tarshish.” A metaphor to signify that he went in the direction exactly opposite from that of Nineveh.

Abraham Maslow, the founder of humanist psychology, called this attitude the “Jonah Syndrome.” This is the fear of standing alone, the escape from greatness, and the unwillingness to face unavoidable obstacles.

When the ship that’s taking Jonah to Tarshish is engulfed by a terrible storm that threatens to wreck the vessel and everybody on board is desperately trying to do whatever they can to avoid sinking, Jonah is deeply asleep.

This is the image of man that the Bible finds reproachable: the human being that says that there are moral tasks too big to be confronted. The human being that when facing the determination of a nation to impose its will over others sees only a worst evil in confronting them.

Jews read the Scriptures for many reasons. A primordial one is to ensure that the experiences of the past are not lost. Not surprisingly then, for Jews, Iran’s actions and broadcasted desires, are not much different from those of the ancient empire that had its capital in Nineveh and the many others that followed it.

On the other hand, revelatory of President Obama’s attitude regarding history, what could be labeled his “Jonah syndrome,” was his recent confession at a Latin American countries summit: “ I’m not interested in having battles frankly that started before I was born.”

For President Obama the main problem with Iran is their ability to produce atomic bombs under his watch. Coherently with his thinking, he has chosen a “selective inattention,” to Iran’s clerical regime determination to export by whatever means possible its Islamic revolution around the world.

When eventually in the Book of Jonah, the Ninevites are confronted with a definitive: “Forty days more, and Nineveh shall be overthrown,” the people of Nineveh believed and “repented from their evil way of living.”

History is replete of situations that make the Biblical story of Jonah plausible. It is also paved with the suffering and destruction that occurred because of “fleeing to Tarshish” and “sleeping in the vessel’s hold.” 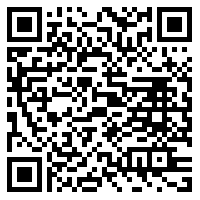