You know how sometimes several discussions merge into one; thoughts collide? There’s this moment in time that I sometimes create in my mind. I relive it, even though I’ve never even lived it once. I don’t ever want to experience it and my imagination only takes me through the first few seconds before my brain steps in and scolds.

In my imagination, it’s always daytime. Always sunny. I’m always alone. Sometimes, there’s a siren…sometimes not even that. And then, there are massive explosions. In my mind, I can hear the missiles hitting the land, my land. It feels like a physical blow, though I am never injured.
I never see blood; no gory scenes that return in nightmares. There is only the sound and the fear…and the reckoning. The panic – where are my babies, two of whom have babies of their own to worry about. Where is my son-in-law, my daughter-in-laws, my parents? Where, God, where is my husband?

Despite this thought that slips through my defenses every once in a while…it doesn’t live in my heart or my brain. Hard to explain. It’s sort of under the surface until it comes up, only to be pushed down and away.

It’s sunny and beautiful and the holidays are coming and that’s enough. I have a new grandson and when I see his brother cuddle next to him, and their cousin ask if she can kiss the baby, my heart melts. These three that came from two of mine, this is the future. My daughter who frets about the most amazing things that a teenage girl can think of; my youngest son who day by day, hour by hour, is getting closer and closer to the army…all facets of a life so rich there is little space for fear or worry.

And then someone who wants to come live in Israel asks a question, “Is anyone worrying about this nuclear deal with Iran in the motherland?”

I wanted to respond but noticed that several already had. Their responses reminded me of why I love Israel so very much. Here’s a sampling (I’m writing these without permission from the authors but it should be clear these are the thoughts/comments of others):
You can come with your nuclear helmet or buy one here.
Israel has a pretty powerful nuclear arsenal itself… and has had one since Golda Meir’s days… between that and the Almighty looking out for us, I wouldn’t be worried.

Trust me, Israel has enough technological equipment to intercept nuclear missiles.
I am much more concerned by the US policies which drive us closer to  World War III.
I feel like I live in a bubble here in Israel. The world can fall apart around us, and I’m pretty sure our biggest concern will be the increase in shipping costs. A certain percentage of the country never sleeps so the rest of us can.
Israel has so many nuclear bombs that it could declare war to Mars and make their inhabitants worried.
As the Rebbe would say Israel is the safest place in the world and as it says in the Torah – the eyes of Hashem are on the Land from the beginning of the year to the end of the year… many poskim telling us not to fear the nations and their schemes…
I would be more worried about the safety of my family if I still lived in NYC.

There is a curious blend of comments here – attempting to comfort by diverting her attention, bringing in faith, reminding the original poster that Israel has a military response, even a preemptive option.

But more, in this small sample is a microcosm of Israel. There were a few other comments, some even admitted to the fear. But most were more about comfort – and that’s what we do…

We aren’t afraid because we trust that we were not returned to this land, only to be exiled again.

We aren’t afraid because we believe that this land is ours, promised to us through time and history.

We aren’t afraid because to be a realist in Israel, you must believe in miracles, and so we do.

We aren’t afraid because we have the most dedicated army in the world. They are not fighting in some distant land. Every minute, they know they stand between their families and the enemy.

We aren’t afraid because Israel has always focused on establishing and maintaining the technological edge.

We aren’t afraid because we are too busy living life here in our country, trying to be the best we can be…not always succeeding, but certainly putting all our neighbors and many other nations to shame.

We aren’t afraid because Iran is indeed more likely to decide to take out the “Big Satan” (the United States) before attempting to confront the “Little Satan (Israel).

Most of all, for those of us who believe in the God of Abraham, Isaac, and Jacob, we believe, with complete faith, that better days are ahead of us; that God protects Israel. 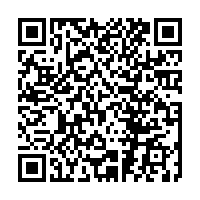