A mob of Palestinian Arabs rioted at the Tomb of the Biblical patriarch Joseph on Sunday night while Israeli Jews were praying at the site.


Twenty bus loads of Jewish visitors traveled to the tomb under the protection of the Israeli army, according to a report by Tazpit.

At least one IDF soldier was injured in the violence. He was evacuated to a nearby medical center, where he was treated and released this morning (Monday, Sept. 21).

During the Ten Days of Teshuva, as the intermediate days between Rosh Hashana and Yom Kippur are called, it is customary to visit the graves of ancestors and loved ones.

While the visitors were praying, the Arab rioters started to go wild, burning tires, and hurling stones and firebombs (Molotov cocktails).

Joseph’s Tomb is located in the ancient city of Shechem (known today also by its Arabic name, Nablus).

Jews require the protection of IDF soldiers to safely reach and pray at the site despite a deal between Israel and the Palestinian Authority ensuring access to the tomb.

Last month Arab terrorists attempted to torch and destroy the ancient tomb. The raging Arabs hurled rocks, bottles and firebombs at Jewish worshipers and IDF soldiers at the tomb in the wee hours of a Saturday morning on August 1.

The attack came in retaliation for an arson attack on a home in the nearby Arab village of Duma.

It is still not clear who perpetrated the attack, which killed three of the four family members who were home. However, it is believed by many that Jews torched the home due to Hebrew-language graffiti scrawled at the site. 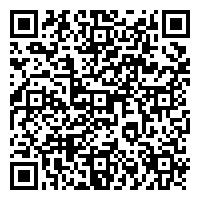