We davened, on Shabbos, at Yeshiva Chaim Berlin on Coney Island Avenue in Midwood, Brooklyn. It was the early 1980s and the yeshiva was an eight-minute walk from our home. I remember the front of the building vividly, the colored glass windows on the left, the red brick on the right and the words posted over the three metal doors in the center: Jacob C. Cohen Beth Hamidrosh.

Who was Jacob Cohen, I wondered, and why did he contribute to the yeshiva? Had his children attended the school? Was he a philanthropist? A personal friend of the rosh yeshiva?


The older I get the more I notice names on buildings.

Arguably, a name on a school building gives hundreds of kids walking its halls – especially those with a surplus of verve and deficit of zitzfleish – a path to greatness. The name on the wall testifies to someone who achieved material success and channeled that success to a spiritual end, a tangible portrayal of the core Jewish value that the physical is the means and kedushah the end.

The old Yeshiva Chaim Berlin building is gone. It was torn down in the late eighties to make place for the majestic edifice that now stands in its place. Some twenty-five years later, however, I still remember Jacob Cohen.

There is another thing I remember: the words over the main doors were in English.

Recently I visited BMG Lakewood, the school I attended from 1994-2000. The old building on Seventh Street had the name of the institution lettered in both Hebrew and English, with the English lower and more prominent: Beth Medrash Govoha, Rabbi Aaaron Kotler Institute of Advanced Study. But the new buildings I saw had nearly all the writing in Hebrew.

I can read Hebrew and I understood what the words were saying. But there was something there, devarim b’gav. The designers of the old building, undoubtedly, wanted the general public to know what the building was about. They wanted the secular neighbor and non-Jewish postman to know the purpose of the institution. The planners of the new buildings apparently didn’t see that as important.

True, the neighborhood has changed and is now almost entirely observant, a sign of the success of the yeshiva world. But there are gentiles in Lakewood, either residing or doing business there.

There are different opinions about the correct relationship between Jew and non-Jew, about the level of insularity needed to raise a generation that will cherish the Jewish mission and commit to Torah and mitzvos. The left of the Orthodox spectrum says we must engage the world and live as Orthodox Jews in the larger culture. The right says we need a very strong, disparate identity, and that engagement is fraught with danger. But the holders of either opinion, I would think, believe observant Jews should be cognizant of the way they are perceived and, at the very least, leave a window open for the larger culture to see what they do and understand why.

An English-language shingle may be the bare minimum needed to express that we care about how others perceive us.

In Judaism, we have a tradition of not teaching Torah to non-Jews. My Dallas convert friends will attest that becoming Jewish was not an easy process and they were discouraged all along the way.

But does not pursuing converts mean we shouldn’t weigh in on the moral issues of the day? Does it mean we should stand back as the culture craters around us? If, for example, marriage brings us emotional balance and spiritual completion, and opens us up to trust, understanding and the joy of raising children, should we not encourage the larger culture to see the virtue in those values as well?

A connection to God through learning Torah is the pathway afforded to Jews. But is a connection to God something only Jews should experience? If we have a Godly connection and see other people struggling in that regard, should we not share it?

When we see the base threads that run through most of what Hollywood has to offer, and realize not only that tens of millions of people gain secular, hedonistic values from movies and television shows but that secular Jews are often the creative forces behind them, should it not make us want to cry out? 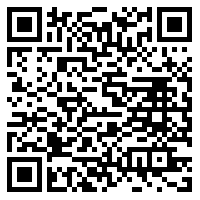