First the good news: The just concluded General Synod of the Anglican Church of Canada (ACC) did not call for a boycott of companies doing business with Israel, as did the United Church of Canada a few weeks before.

Now the bad news: Instead, the ACC urged members to “explore,” “educate,” and “enable awareness” about all the terrible ways in which Israel behaves.


We guess Jews should be grateful. And we’re all for exploration and education. So in the spirit of cooperation, we would like to aid this church to achieve its goals.

● The Anglicans are urging their faithful to “educate the church about the impact of illegal settlements” on the West Bank. We politely urge their faithful to “educate the church” on the illegal occupation of territory now called Canada. Today, the Indigenous people – the original inhabitants of the land – reside on a mere 0.2 percent of Canadian territory. As ACC members become “educated,” they will learn that very few of the Indigenous spoke French or English. They should heed the call of Bishop David Parsons, during the floor debate: “Are we prepared now to call upon all of Canada and all of the provinces to move off of aboriginal land which they have legal entitlement to?” We will applaud the ACC as it deeds back the land on which its churches stand and its members cede their houses to some “refugee” Indigenous. To be practical, they should aim to do it all in a single day. Soon.

● ACC resolution A172 calls for “deeper church-wide awareness of and response to the call of the Kairos Palestine document” which casts the creation of a Jewish state as a theological sin. May we urge “deeper church-wide awareness” that Kairos refuses to condemn Palestinian terror? It strips the Jewish people of any connection to the Holy Land. It rewrites history to place all blame for the Middle East quagmire on Israel. Speaking of awareness, if the ACC is really serious it will question where Kairos Palestine inexorably leads. It will learn that the American Kairos Palestine group’s last “response to the call” explicitly denied the right of existence of a Jewish state of Israel, and embraced the right of the use of terror.

● The resolution calls on ACC members to “explore and challenge theologies and beliefs, such as Christian Zionism, that support the Israeli occupation of Palestinian territories,” as well as “theories and beliefs that deny the right of Israel to exist.” We should all explore complex issues, but we wonder why the pro-Israel arguments are called “theologies” while the anti-Israel ones are called “theories.” Will there be ACC members who will have the courage to challenge those who have taken up once again Replacement Theology; who in the zeal to deny Jews any stake at all in the Holy Land – and to counteract the Christian Zionism they hate – are once more preaching that the Jews of the Hebrew Bible have been tossed out and rejected, replaced by the New Jews?

And who among the ACC will educate Rev. Naim Ateek of the Sabeel Ecumenical Liberation Theology Center (a Kairos Palestine partner) who calls the Palestinians the new Jesus on the Cross, with Jews once again crucifying the innocent – reviving the theological doctrine of deicide which motivated the murder of untold numbers Jews though the centuries?

Memo to the explorers: Why do Palestinians serially deny the 3,500-year connection of the Jewish people to the Land of Israel? Did Jeremiah preach in Gibraltar? Did Isaiah prophesy in Ireland? Did not Jesus, himself a Jew, walk the length and breadth of the Holy Land?

● Anglicans, according to the resolution, are supposed to unravel “the complexities of economic advocacy measures.” We respectfully urge the ACC to explore and challenge the punitive anti-Semitic Boycott, Divestment and Sanctions (BDS) campaigns that help not a single Palestinian; they hurt them and their Jewish neighbors economically. Churches, do you want to help? Reflect on positive investment in the Palestinian economy and in joint Israeli-Palestinian ventures that will not only improve living conditions for Palestinians but also create momentum toward genuine reconciliation and peace

As rabbis, we would be out of character in trying to help our Anglican friends if we did not tell a story. A couple of chassidic newlyweds spent their first Passover with the bride’s family, which was not as well to do as that of the groom. The husband was horrified when he saw, in the soup bowl placed before him, pieces of grain swimming in the hot liquid, apparently turning into forbidden chametz. He screamed about what kind of terrible family this must be and threatened to dissolve the marriage. His wife could not calm him; in time, he agreed to take his grievance to the town rabbi.

MK Smotrich: Let Me Educate High Court on Legislator’s Intent in Regulation Act, I Wrote It 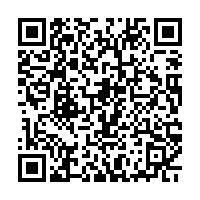