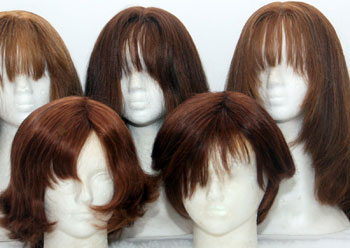 In a recent article – “Sheitels: Forbidden, Allowed, or Preferred?” – Rabbi Yaakov Hoffman claims to present and analyze the various halachic views on married women wearing wigs. His presentation serves as the basis for positing his own viewpoint that while wigs are halachically acceptable, “there is no denying that preferring sheitels is incongruous with the fact that frum Jews nowadays are much more likely to avoid leniencies and workarounds than they once were.”

Unfortunately, Rabbi Hoffman misrepresented the Lubavitcher Rebbe’s position. He claims the Rebbe advocated wearing sheitels because they are more socially acceptable in secular society and women, therefore, feel more comfortable wearing them than other types of head coverings. He then suggests that the Rebbe’s position only applied within the U.S. – never in Israel. He then informs us that the Rebbe’s “advice is probably no longer relevant” because the Orthodox community is more self-confident and proud to be different and Americans now accept unique clothing choices and cultures. Finally, he claims that since all married women would cover their hair with a cloth in an ideal Torah culture, it is unnecessary and even inappropriate to “circumvent the halachic ideal” by wearing a wig.


The Lubavitcher Rebbe’s position on sheitels is spelled out clearly in numerous letters he wrote. The Rebbe stated that “the purpose and intent of a sheitel is for all the hair to be covered” (Igros Kodesh, vol. VIII, p. 217).  The Rebbe’s opposition to wearing kerchiefs was due to the likelihood that some hair would be exposed – even temporarily – and thus lead a woman to transgress a “major prohibition” as explained in Shulchan Aruch, Orach Chaim 75 (Igros Kodesh, vol. XIX, p. 428).

The Rebbe was adamant that married women wear sheitels, not because he wanted, chas v’shalom, to “circumvent a halachic ideal,” but, to the contrary, because he wished to ensure that married women fulfill completely the important mitzvah of covering all of one’s hair. The Rebbe would often cite the Zohar (111, p.126a) enumerating the tremendous brachos a woman brings to herself, her husband, and her family by scrupulously fulfilling this mitzvah.

The Rebbe actually advocated wearing elegant and beautiful tzinius sheitels! It is clear that as early as the times of the Mishnah (late second century), virtuous married women wore wigs of natural hair – obviously to appear beautiful (Shabbos 64b, see Rashi as well). These wigs were not made of steel wool, horse hair, or straw.

According to Yaskil Avdi (Even HaEzer 16), the drive of the yetzer hara is aroused by things that are alive, connected to a living person. Once hair is cut, it is no longer connected to a person and has the status of any other material. The hair is no longer “erva”; it is like a cloth.

It is, therefore, not at all problematic to use natural hair for a wig. In fact, there are opinions (Shiltei Giborim and Ein Mishpat on Nazir 28b) that permit a woman to wear a wig constructed out of her own hair! (It goes without saying that the wig must be styled in a tzinuis manner and cut to an appropriate length, just as clothing must be fashioned and worn in a tzinius manner.)

Some people claim that wearing wigs is problematic because of marit ayin (i.e., some people will mistakenly think that a married women is walking around with her hair uncovered). But the Magen Giborim, based on the Rema, states that mar’it ayin doesn’t apply to the practice of a group. Furthermore, Rabbi Moshe Feinstein writes that we cannot institute new prohibitions of mar’it ayin if they weren’t mentioned in the times of the Gemara.

He also writes that most people – especially women – can discern if someone is wearing a wig. The few times a woman can’t distinguish between a wig and natural hair isn’t sufficient grounds to forbid wearing wigs, he writes. And since everyone is aware of the possibility that a woman may be wearing a wig, if she “appears to be” bareheaded, the assumption is that she is not (Igros Moshe, Even HaEzer Vol.2, 12). Thus, wearing wigs that look like natural hair does not violate the prohibition of mar’it ayin.

Wigs can be tzinius and beautiful and allow women to feel comfortable in many environments. But the Rebbe strongly advocated wearing sheitels, not because of comfort, but because he wanted married women to observe “the real halachic ideal” – that every hair be properly covered as prescribed in Shulchan Aruch – and to merit the incredible brachos enumerated in the Zohar. 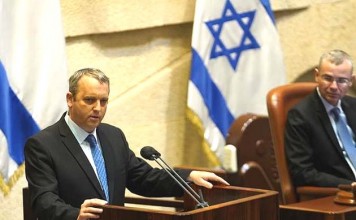