Three months ago, who could have dreamed that we would be in such an extraordinarily good position? The Trump government had already established itself as the most pro-Israel American administration in history and publicly assumed the role of a genuine ally.


For the first time, a US administration has rebutted the false Palestinian narrative and exposed their duplicity at the international level including the rabidly anti-Israel United Nations. It terminated aid that was being channeled as stipends to terrorists and their families and repudiated the nauseous theme of moral equivalence between murderers and their victims. Trump’s policies on Iran, Jerusalem, the Golan and the settlements are a stark reversal of the Obama administration’s policies.

Only last month, amid the internal political turmoil as Israel approaches its third election this year, more than 40 world leaders, including royalty, heads of state, and heads of government, participated in a Holocaust commemoration in Jerusalem. They included Russian President Vladimir Putin, who personally inaugurated a memorial commemorating the citizens and defenders of Leningrad during the Nazi siege of the city. The same week, representatives of Arab states attended the memorial in Auschwitz. And just this last week, Prime Minister Benjamin Netanyahu was expanding diplomatic relations with African and Latin American countries, including Arab and Muslim states.

However, the highpoint is surely the release of the momentous Trump Mideast peace plan whose ramifications must not be underestimated. For the first time since the disastrous Oslo Accords, there is an outline of a solution based on reality, supported by the two dominant and centrist parties and the majority of Israelis.

The basic tenets of the plan include:

The plan is probably close to what the late Prime Minister Yitzhak Rabin contemplated when he approved negotiations with the PLO before the Oslo process was hijacked by the far Left.

Netanyahu undoubtedly deserves the credit for this momentous change. History will record his outstanding success as a statesman, having withstood pressure from the Obama administration, which sought to force Israel to make unacceptable concessions. Instead, together with the Trump administration, Netanyahu has managed to achieve what no one thought was possible: a complete reset of the international community’s viewpoint on the Israeli-Palestinian conflict. It is not just the presentation of the plan itself but the fact that the United Kingdom, Europe and many moderate Sunni Arab states, including Egypt and Saudi Arabia, are signaling that they are not opposed.

For the first time since Oslo, there is political consensus in Israel on how to relate to the Palestinian conflict. That is of major significance and hopefully, the forthcoming election results will not tempt the Blue and White party to cynically retract its endorsement of the plan in order to curry favor with the Arab Joint List and Meretz.

It was no surprise that the Palestinians and their global allies were infuriated. Until now, they have rejected every proposal with impunity and then submitted demands for additional concessions, with the full support of the international community. The more concessions Israel agreed to in a desperate effort to achieve an accommodation, the more intransigent and demanding the Palestinians became. History is evidence of the sad reality that there is little likelihood that Palestinian Authority President Mahmoud Abbas would agree to this or any other proposal that concedes Jewish sovereignty or recognition of Israel as a Jewish state – just as he refused to consider the (unauthorized) offer from then-Prime Minster Ehud Olmert in which Israel would withdraw to the 1967 boundaries, recognize the division of Jerusalem and even accept a symbolic number of refugees.

The plan may not achieve peace but it does at least neutralize the distorted and false Arab narrative while it legitimizes Israeli settlement blocs and affirms a united Jerusalem as Israel’s capital.

For the first time, the Palestinian leadership is being held accountable, while the plan’s substantial aid package simultaneously provides a genuine opportunity for the Palestinians to reinvent themselves as a leading economic player in the region. We can only hope that a new leadership, prepared to embrace this great opportunity, will emerge. Abbas had intended to bring the plan to a vote at the UN Security Council. But he was forced to withdraw the motion for a vote when he realized, to his great humiliation, that for the first time, he could not muster a majority to support his intransigence.

While most Israelis are delighted with the plan, two groups oppose it. One is the far Left and Arab parties, which argue that peace can only be achieved through direct negotiations with the Palestinians. Israel has tried this on multiple occasions but has been consistently rebuffed.

The other opposition comes from the far-right parties, which reject the plan because it allows for a Palestinian state. This displays their complete lack of understanding. The very nature of the state proposed by the plan would not be essentially different from the autonomy that exists today.

Despite these dramatic developments, our dysfunctional political system and the personal political ambitions of our leaders, which seem to take priority over the national interest, could lead to a disaster and the foregoing of a unique opportunity for Israel.

Those demanding immediate annexation without coordination with the US are jeopardizing the entire plan. It is only if such steps are coordinated with the US that Israel will enjoy international recognition and legitimacy. The mere fact that the plan already provides for such steps is already a sea change in policy and has reset the starting point for any future negotiation. Whether implemented now or in several months is immaterial.

Netanyahu himself almost undermined the Trump initiative by announcing his intent to immediately annex the settlements. He had to withdraw his statements and US Ambassador to Israel David Friedman warned, “The application of Israeli law to the territory which the [US peace] plan provides to be part of Israel is subject to the completion [of] a mapping process by a joint Israeli-American committee. …  Any unilateral action in advance of the completion of the committee process endangers the plan and American recognition.”

Olmert’s attempt to undermine the US peace plan by holding a joint press conference with Abbas in New York coinciding with the UN Security Council debate on the plan is unconscionable. This is a renegade act providing grist to the enemies of Israel.

All of this is taking place during the runup to the third election, which all indicators predict will lead to a third impasse.

In an op-ed after the second election, I pleaded for Netanyahu to step down and enable the Likud to present a new leader or form a unity government with Benny Gantz’s Blue and White party. However, having followed Gantz’s recent statements and interviews, one comes to the sad conclusion that he simply lacks the leadership requirements to finalize this deal.

We should remind Netanyahu and Gantz that with Trump soon facing his own election, there may be only a small window of opportunity to transform this plan into reality. If the forthcoming election results in further deadlock and ongoing domestic political chaos, Trump as well as his evangelical Christian base are likely to become exasperated. If this happens and the plan is scrapped, it will be a self-inflicted disaster that will outrage most Israelis.

The Trump plan can only succeed if there is consensus in Israel endorsing its implementation. After the last election, Netanyahu undertook to stand down after six months. If the upcoming election is again inconclusive and Netanyahu makes a similar offer, six months would give him sufficient time to oversee the parameters of the peace plan and recognition of sovereignty for the settlement blocs – which still must be delineated with the Americans. That would require temporary suspension of the feud between the two major parties. Gantz could demonstrate his leadership by moving in this direction even without the full support of Blue and White Co-chairman Yair Lapid. The historic significance of this plan overrides any political and personal considerations and those vetoing progress will be condemned in history as having betrayed the nation. 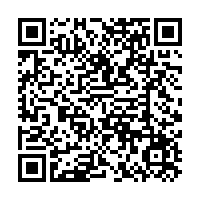