Our beloved, miraculous Jewish state is under siege.

It was assumed that the ceaseless persecution of the Jews in exile would cease once we again had our own sovereign homeland, our own army, navy, and air force.


Now, 62 years after its establishment, it is abundantly clear that Israel has become the “Jew” of the world: Defamed, demonized, shunned, shamed, accused of countless blood libels, refused the right to defend itself, blamed when it does.

Daily, hourly, Israel is cursed in all the world’s languages, scapegoated for the crimes and sins of the Arab and Muslim world.

I have been challenging anti-Semitism among leftists and feminists since the early 1970s. I first began to document the “new” anti-Semitism in 2000, right after the Palestinians launched the Second Intifada that year.

At first, I was something of a lone voice. The organized Jewish world either denied or minimized the rise of anti-Semitism and the existential threat that Israel might face. By standing up for Israel, Jews and America, I sacrificed my reputation as a politically correct intellectual. I lost publishing opportunities and most of my former friends and allies.

Why? Because we live in a time when objective truth does not count anymore, when only Big Lies matter.

For example, Islam is the world’s largest practitioner of both religious and gender apartheid. Say this on most campuses, as I have, and you will be jeered, booed, possibly physically menaced, certainly demonized as a “racist” and “Islamophobe.”

The politically correct line is that Israel is a “Nazi apartheid state.” The brainwashing has worked. Sixty years’ worth of Arab League and Saudi funding has accomplished the unbelievable: Israel is not only the bad guy, it is the very worst bad guy in the entire universe.

This is no small victory given how very bad our world is in terms of real genocide and ethnic cleansing; in terms of real slavery; in terms repeated and very public gang-rapes of girls and women as a weapon, not a spoil, of war; in terms of the oppression, torture and murder of one’s own people.

Blame Israel first – that’s the mantra. Thus, when Arab countries persecute Palestinians by revoking their citizenship (as Jordan has done – and let’s not forget that Jordan massacred more Palestinians in 1970 than Israel has killed in countless wars of self-defense), or not allowing them to work in many professions (this is true in Lebanon), or making their travel throughout the Arab world exceedingly difficult (as Egypt, Syria, Lebanon and Jordan do), you almost never read about this in your morning paper.

The United Nations does not condemn Arab governments for their mistreatment of Palestinians nor does it condemn Palestinians for jailing, torturing and murdering other Palestinians.

I am alarmed at how many Jews are in the forefront of anti-Israel and pro-Hamas activism. They are our internal enemies – their own worst enemies. Recently, an organization called Jewish Voice for Peace organized a campaign asking TIAA-CREF, one of the world’s largest financial services companies, to divest from companies it says “profit from the Israeli occupation of the Gaza Strip and the West Bank, including East Jerusalem.”

Caterpillar, Motorola, and Northrop Grumman are just a few of the companies Jewish Voice for Peace has targeted for divestment. Signatories to this campaign include many liberal American rabbis, activists, and academics.

Meanwhile, J Street, which bills itself the “political home for pro-Israel, pro-peace Americans,” has called upon the Treasury Department “to launch thorough investigations into whether or not the [American non-profit] organizations funding settlement activities on the West Bank have broken the law.”

Israel and the Jews cannot afford to lose. We must win this war of ideas, outwit and outrun the propaganda, hold our own militarily and survive as a people – only this time not as a mere “remnant.”

Alas, Jews can no longer afford to trust Jewish-American and Jewish-European organizations that are failing the needs of the people they claim to represent just as decades ago they failed to rescue European Jewry from the Holocaust. 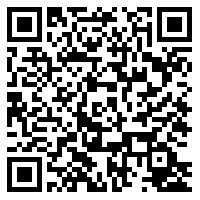