A recent news item shed piercing light on the reason for the intractability of the Arab war on Israel. The well-known 1970s disco group Boney M, invited by the Palestine International Festival to give a concert in Palestinian Authority-controlled Ramallah, was pressured to drop performing one of its signature hit songs, “Rivers of Babylon.”

This is revealing because since its inception in 1994, the PA has sought to deny and erase all Jewish connection with the land of Israel. This in turn reflects the fact that the PA and Palestinian society in general – as confirmed by many polls – reject Israel’s existence as a Jewish state, whose validity stems from the Jewish people’s religious and historical connection to the country.

Thus the demand that Boney M not perform “Rivers of Babylon,” the lyrics of which come straight from the famous passage in the Book of Psalms describing the longing of exiled Jews to return to their biblical homeland – “By the rivers of Babylon, there we sat down, yeah we wept, when we remembered Zion.”

Though little-reported, Palestinian officials over the years have been emphatic and repetitive in their denial of Jewish rights and connection to the country. Instead, they substitute an exclusive Muslim claim, often resorting to falsification of history that is mind-boggling to educated Westerners:

● Tayseer Tamimi, PA chief religious official: “I know of Muslim and Christian holy sites in [Jerusalem]. I don’t know of any Jewish holy sites in it . Israel has been excavating since 1967 in search of remains of their Temple or their fictitious Jewish history” (PA TV, June 9, 2009).

● Adnan Husseini, adviser to PA president Mamhoud Abbas: “[The Western Wall] is part of Islamic heritage that cannot be given up, and it must be under Muslim control” (Jewish Telegraphic Agency, October 11, 2007).

● Jarar al Qidwa, former adviser to PA leader Yasir Arafat: “Solomon’s Temple, I believe, was built by the Canaanites who were the neighbors of the Israelites. In any case, when our nation or our Canaanite forefathers came to Palestine, they built the Temple . The issue of the Temple is a Zionist innovation” (PA TV, Aug. 2, 2004).

● Yasir Arafat, PA president: “[The Israelis] found not a single stone proving that the Temple of Solomon was there, because historically the Temple was not in Palestine [at all]. They found only remnants of a shrine of the Roman Herod” (Al-Hayat, Oct. 5, 2002).

● ‘Ikrima Sabri, PA-appointed Mufti of Jerusalem: “There is not [even] the smallest indication of the existence of a Jewish Temple on this place in the past. In the whole city, there is not even a single stone indicating Jewish history” (Die Welt, January 17, 2001).

These claims not only contradict well-recorded history, but even statements previously made by Muslim religious authorities themselves. For example, publications during the 1920s and 1930s of the Jerusalem waqf (Supreme Muslim Council), spoke plainly of Jerusalem’s Temple Mount, upon which the mosques are built, as the historical site of Jewry’s Temple.

Today, however, the PA seeks to obliterate every indication or affirmation of Jewish history: thus the archeological vandalism beneath the Temple Mount practiced over the years by the Jerusalem waqf. Underground construction and trench digging has involved destroying walls, carved stones and artifacts – as well as removing and dumping hundreds of truckloads of archeologically rich soil. This occurred with neither the standard care practiced at other archeological sites nor due supervision by the Israel Antiquities Authority or indeed any other archeological experts.

The reason for this historical counterfeiting and archeological vandalism is obvious. Palestinian replacement ideology demands that Jewish history be utterly erased in order to facilitate demonizing Israel as an illegal interloper.

This carries important ramifications. Palestinian demonization of Israel is not merely a tactical wartime maneuver that can be ended with peace but rather the result of the non-acceptance of Israel that lies behind the absence of peace. It is also a major contributor to the fostering of conditions that make for continued war. Accordingly, further U.S. aid to the PA should be conditional on its termination.

Unfortunately, with the Obama administration showing a complete lack of interest in Palestinian incitement, its chances of promoting a genuine peace are non-existent. 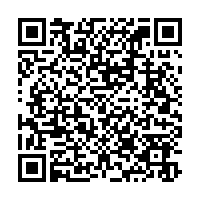