When the Park Slope Food Coop in Brooklyn was founded in 1973, it had a worthy mission:  to make healthy and affordable food available to everyone who wanted it.  But recently, the Coop appears to have lost its way.  In April, it suspended four loyal, long-time members for a whole year – three of them members from the Coop’s inception.  The reason?  Allegedly, the four disrupted a Coop meeting.  But in reality, they were singled out from among hundreds of Coop members who vociferously objected to a hateful and bigoted anti-Israel presentation at a Coop meeting, which was aimed at getting the Coop to boycott an Israeli company called SodaStream.

This wasn’t the first time that an anti-Israel boycott was proposed at the Coop; the membership had already considered and soundly rejected one in 2012.  But the Israel-bashers were persistent, this time displaying inflammatory anti-Israel photos at a Coop general meeting.  The photos weren’t verified, they had no context, and the boycott proponents did not even establish their connection to SodaStream.  Members at the meeting reported that not only was Israel viciously attacked; Jews were, too, with outrageous and incendiary comments like “Jews are aggressive toward black children.”

The four suspended Coop members were no doubt passionate and vocal about their objection to this anti-Israel boycott effort, and they had good reason to be: A boycott of Israeli products such as SodaStream would violate New York State law and could subject the Coop to liability.

New York’s Human Rights Law prohibits boycotts based on national origin, among several other protected categories.  The law doesn’t require evidence of a formal boycott campaign; it’s enough if there’s a pattern of conduct that commercially disadvantages members of a protected class, which describes the anti-Israel vendetta at the Coop.The four suspended Coop members were no doubt passionate and vocal about their objection to this anti-Israel boycott effort, and they had good reason to be:  A boycott of Israeli products such as SodaStream would violate New York State law and could subject the Coop to liability.

Boycotts that protest unlawful discriminatory practices do not violate the Human Rights Law, but that exception couldn’t possibly apply to a boycott targeting SodaStream, a company that exemplifies fairness and peaceful Jewish-Arab co-existence.  When the SodaStream factory was located near Maale Adumim – an area in Judea (part of the so-called “West Bank”) under Israeli control according to the 1993 Oslo Accords, and an area that would likely be included in Israel in any future peace deal with the Palestinian Arabs – approximately 500 Palestinian Arabs worked at the factory alongside Israeli Jews, receiving equal pay and treatment.  The factory even had a mosque for Muslim employees.  The Coop was targeting SodaStream for one reason only:  It’s an Israeli company and the boycott promoters are hateful and hostile to Israel, which is precisely what the law is aimed at addressing.

Recently, New York State made its prohibitions against anti-Israel boycotts even stronger.  Last June, Governor Andrew Cuomo issued an executive order to prevent state agencies and authorities from engaging in or promoting “any investment activity that would further the harmful and discriminatory Palestinian-backed Boycotts, Divestment and Sanctions (BDS) campaign in New York State.”  The Coop isn’t a state entity but it does receive both state and federal benefits.  In addition to the federal money it receives from the food stamps that some customers use, the Coop has been authorized by the state to operate as a non-profit tax-exempt organization.  The Coop thus doesn’t have to pay taxes derived from the revenue it collects.  Given these benefits, it is difficult to believe that New York State would indulge a Coop decision to target and discriminate against Israeli companies, including SodaStream.

These kinds of liability concerns prompted the GreenStar Food Coop in Ithaca to reject a boycott of Israeli products.  The coop’s legal counsel wisely concluded that the boycott could render GreenStar liable under the Human Rights Law.

The four members’ vehement rejection of the Park Slope Food Coop’s anti-Israel boycott efforts made sense for a second reason:  Targeting and boycotting the one Jewish state in the world – and the only thriving democracy in the Middle East – flies in the face of the Coop’s own Mission Statement.  The Coop purports to be committed to “oppose discrimination in any form,” to “make the Coop welcoming and accessible to all,” and to “lead by example” and educate about such topics as “cooperation and the environment.”  The four members, together with hundreds of others who also opposed a boycott of the environmentally-friendly SodaStream, strongly reacted so that the Coop would stay out of a complicated political situation and remain an accessible place for everyone.

The absolute injustice of the Coop’s suspension of its four loyal members led the Zionist Organization of America (ZOA) to intervene and urge the Coop to first, reinstate the members immediately and second, stop promoting discriminatory and potentially illegal practices targeting the Jewish State.  But the Coop has disgracefully stayed silent, keeping the harsh punishment in place, which is directed against not only the four members, but also all the members of their respective households who have not been accused of any wrongdoing.

Everyone in the community – especially our public officials – should be calling on the Coop to stop indulging a group of Israel-bashers who seem obsessed with singling out and discriminating against Israel, in violation of public policy.  Instead, the Coop should stick to its mission to make healthy and affordable food available to everyone who wants it. 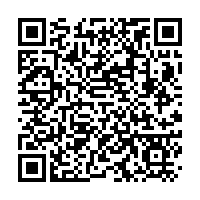