It’s difficult to gauge just how stalled the peace talks between Israel and the Palestinians, going on behind close doors right now, are. The relative paucity of leaks testifies to both sides not wishing to be blamed for what just about everybody other than Secretary of State John Kerry – the man who orchestrated the new round of negotiations – believes will be their certain failure.

But that has not stopped both Israeli and Palestinian leaders from a degree of posturing about the talks that shows there is little reason for optimism even as Palestinian violence against Israelis seems to be ramping up in recent days.


On the one hand, Prime Minister Netanyahu is being accused of inflaming the situation by referencing the support of Palestinian leaders for the Nazis in a speech given at Bar-Ilan University, the same venue where he formally embraced the two-state solution in 2009.

On the other, leftist Israeli parliamentarians are praising Palestinian Authority head Mahmoud Abbas for what they see as conciliatory statements delivered in a meeting he held with them in Ramallah.

But the supposed contrast between the two, with Netanyahu depicted as harming peace and Abbas promoting it, is deceiving. Far from undermining peace, Netanyahu’s challenge to the Palestinians to overcome their history by finally recognizing the legitimacy of a Jewish state is exactly what is needed if Kerry’s initiative is to be more than a fool’s errand.

As for Abbas, by praising him for leaving out of his speech any deliberate provocations, the peace camp is setting a low bar for their so-called peace partner. Even worse, by ignoring what the Palestinian Authority is saying and doing when the spotlight is not on it as well as by choosing to ignore competing statements by PA officials at the same meeting shows just how little the Palestinians are interested in genuine peace and how the peace camp is repeating the same mistakes it made during the heyday of the failed Oslo process.

Netanyahu’s speech was far from the denunciation of the peace process that some of his detractors are depicting. In fact, what he did was merely articulate the simple formula for how the two-state solution could be achieved: Palestinians must recognize that the Jews have a right to their own state. Remembering the past was not merely rehearsing old grudges but a reminder that the notion that Jewish settlements are the real obstacle to peace is absurd. After all, Palestinians have been attacking the Jewish right to live anywhere between the Jordan River and the Mediterranean for a century.

As Netanyahu pointed out, it wasn’t a territorial conflict in the 1920s when anti-Jewish pogroms were initiated or the 1940s when Palestinian leaders embraced Hitler because the Jews didn’t have territory. But all the Palestinians need to get a state alongside Israel is to say they endorse the right to a Jewish state and to renounce the so-called right of return for the descendants of the 1948 refugees. Since that is still apparently too much to ask of the PA, what possible hope can there be for the peace talks?

Israeli left-wingers say they were impressed by Abbas’s discretion with them during their meeting:

“The things that he didn’t say I think were most important,” said Merav Michaeli, a member of Israel’s Labor Party. “He made sure that he doesn’t say anything that makes us uncomfortable.”

But if you think that sounds suspiciously like the shell game the Palestinians played with supporters of the peace process back in the 1990s, it should. Abbas played nice with Israeli critics of the Netanyahu government during his meeting and even belatedly condemned the recent shooting of a 9-year-old Israeli girl in a West Bank settlement. But the “upbeat tone” of his address included nothing about recognizing the legitimacy of a Jewish state or the right of return, the real obstacles to peace.

Tellingly, once Abbas had left and the cameras were off, one of the PA leader’s senior aides and negotiators set the record straight about what the Palestinians are willing to do. Yasser Abed Rabbo not only dropped the happy talk and called Netanyahu an “extremist,” he bluntly said the Palestinians would never recognize “historic Palestine” as the “homeland of the Jewish people.”

Rabbo sat next to Abbas during the love fest with leftist Israelis while the latter refused to say what he felt about the “Jewish state” issue, something that Netanyahu’s critics thought was a good sign. But Rabbo took that attempt at ambiguity and tossed it into the trash. That point was also made apparent in a pamphlet handed out by the PA that depicted it as a made-up issue despite the fact that the original United Nations partition resolution of 1947 specifically referred to the creation of a Jewish state alongside an Arab one.

The point here is not so much that Netanyahu’s stance – which is not unreasonably being seen as an attempt to answer his right-wing critics who fear he is about to cave in to pressure from Kerry and President Obama – is reasonable and that of Abbas and Rabbo is not. Rather, it is that once again the Palestinians are trying to have it both ways, talking peace at one moment and making it clear their goal is continued conflict at another.

The Oslo Accords failed in large measure because the United States and Israel never took Arafat’s doubletalk seriously and chose to ignore Palestinian incitement and provocation. Those Americans and Israelis who fall for the same trick again are merely setting up the region for the same result that followed the collapse of Oslo. That is a price that would be paid in the blood of Israelis and Palestinians.

Secretary Kerry and President Obama would do well to heed Netanyahu’s warnings and avoid falling into the same trap. 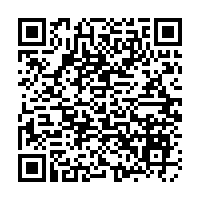