We are in the midst of a strategic process to cede the Temple Mount. In the past, negotiations were first announced amid handshakes and fanfare on a lawn in Washington, while the political Right demonstrated. The current process is just the opposite: Prime Minister Netanyahu has already reached agreements in principle and now he is going to create the facts on the ground and get the public accustomed to the new reality.

The most potent land mines in the past negotiations were Jerusalem in general and the Temple Mount in particular. Even with former prime minister Ehud Barak, who was willing to give everything away, the deal fell through over the Temple Mount issue. That is why the opposite method is being employed in the current negotiations.


First, Israel cedes the Temple Mount and Jerusalem while declaring that we are doing no such thing. But the facts on the ground show that we are – in front of our very eyes. At a certain stage, Netanyahu will have to admit the truth. The explanation will be that just as no Jew steps foot in the eastern neighborhoods of Jerusalem, so no Jew will step foot on the Temple Mount. This is a process whereby the government is peeling layer after layer of Israeli sovereignty from the Temple Mount.

Step by step, all Israeli governments since 1967 have ceded the Temple Mount. On Netanyahu’s watch this phenomenon has accelerated, and in my evaluation is coordinated within the framework of a plan – not a capitulation here and there, but an overall plan.

If the state of Israel denies its destiny, it actually denies the reason for its existence. Our destiny is intertwined with the Beit HaMikdash. Turning our backs on the Temple Mount is the modern-day Sin of the Spies. Even though the youngster from Tel Aviv who feels transient in his own land never heard about and does not understand this concept, rejecting the Temple Mount necessarily results in a growing lack of legitimacy in the entire world for the very existence of a Jewish state.

In fact, the State of Israel indeed built a Temple: It is the Holocaust museum, Yad Vashem, in Jerusalem. Yad Vashem is the temple of our existence, the place where we bring all the visiting dignitaries, explaining to them that we are here because, if not, they burn us to ashes.

The first to pay the price of our rejection of the Temple Mount will be the youngster from Beit El. Those who are supposed to, but don’t, herald the message of Jewish destiny to the nation and world are specifically the people who went to Judea and Samaria.

The groups that visit the Temple Mount are still very small. We would expect that the foundational role of the Temple Mount would be understood, first and foremost, by the people who ran to Beit El and Sebastia. As a rule, if a person or group has a mission that they do not accomplish, they are the first to pay the price. We like to blame the secular or the leftists, but the problem is ours. We cannot complain about Netanyahu or the police because if only twenty Jews a day visit the Temple Mount, as opposed to tens of thousands of Arabs, then all my words are meaningless. 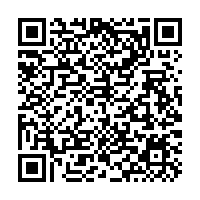