George McGovern is widely remembered for advocating immediate American withdrawal from Vietnam and sharp reductions in defense spending. Yet despite his reputation as a pacifist, the former U.S. senator and 1972 presidential candidate, who died Sunday at 90, did believe there were times when America should use military force abroad.

Case in point: the Allies’ failure to bomb Auschwitz, an episode with which McGovern had a little-known personal connection.

In June 1944, the Roosevelt administration received a detailed report about Auschwitz from two escapees who described the mass-murder process and drew diagrams pinpointing the gas chambers and crematoria. Jewish organizations repeatedly asked U.S. officials to order the bombing of Auschwitz and the railroad lines leading to the camp. The proposal was rejected on the grounds that it would require “considerable diversion” of planes that were needed elsewhere for the war effort.

One U.S. official claimed that bombing Auschwitz “might provoke even more vindictive action by the Germans.”

Enter McGovern. In World War II, the 22-year-old son of a South Dakota pastor piloted a B-24 “Liberator” bomber. Among his targets: German synthetic oil factories in occupied Poland – some of them fewer than five miles from the Auschwitz gas chambers.

In 2004, McGovern spoke on camera for the first time about those experiences in a meeting organized by the David S. Wyman Institute for Holocaust Studies with Holocaust survivor and philanthropist Sigmund Rolat and filmmakers Stuart Erdheim and Chaim Hecht.

McGovern dismissed the Roosevelt administration’s claims about the diversion of planes. The argument was just “a rationalization,” he said, noting that no diversions would have been needed when he and other U.S pilots already were flying over that area.

Ironically, the Allies did divert military resources for other reasons. For example, FDR in 1943 ordered the Army to divert money and manpower to rescue artwork and historic monuments in Europe’s battle zones. The British provided ships to bring 20,000 Muslims on a religious pilgrimage from Egypt to Mecca in the middle of the war. Gen. George Patton even diverted U.S. troops in Austria to save 150 of the famous Lipizzaner dancing horses.

“There is no question we should have attempted…to go after Auschwitz,” McGovern said in the interview. “There was a pretty good chance we could have blasted those rail lines off the face of the earth, which would have interrupted the flow of people to those death chambers, and we had a pretty good chance of knocking out those gas ovens.”

Even if there was a danger of accidentally harming some of the prisoners, “it was certainly worth the effort, despite all the risks,” McGovern said, because the prisoners were already “doomed to death” and an Allied bombing attack might have slowed down the mass-murder process, thus saving many more lives.

At the time, 16-year-old Elie Wiesel was part of a slave labor battalion stationed just outside the main camp of Auschwitz. Many years later, in his bestselling book Night, Wiesel described a U.S. bombing raid on the oil factories that he witnessed.

“[I]f a bomb had fallen on the blocks [the prisoners’ barracks], it alone would have claimed hundreds of victims on the spot. But we were no longer afraid of death; at any rate, not of that death,” Wiesel wrote. “Every bomb that exploded filled us with joy and gave us new confidence in life. The raid lasted over an hour. If it could only have lasted ten times ten hours!”

At the time, McGovern and his fellow pilots had no idea what was happening in Auschwitz.

“I attended every briefing that the air force gave to us,” he said. “I heard everyone, from generals on down. I never heard once mentioned the possibility that the United States air force might interdict against the gas chambers.”

McGovern said that if his commanders had asked for volunteers to bomb the death camp, “whole crews would have volunteered.” Most soldiers understood that the war against the Nazis was not just a military struggle but a moral one, as well. In his view they would have recognized the importance of trying to interrupt the mass-murder process, even if it meant endangering their own lives in a risky bombing raid. 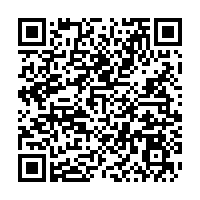