As tensions mounted in late May, 1967, Jerusalem was pervaded by a feeling that if war came it would be a bloody block-by-block battle in which no quarter would be given. Unspoken but widely envisioned was the image of the Warsaw Ghetto; buildings turned to rubble from which the battle would continue.

The municipality began to bulldoze a hillside near Mount Herzl to prepare gravesites. The slope chosen was out of sight of the Jordanian lines to prevent a repetition of 1948 when, at funerals of people killed by shelling, the mourners themselves came under fire.

Some officials expected 2,000 dead in Jerusalem. These were the optimists who assumed the Jordanians would not attempt aerial bombardment because of the proximity of Arab neighborhoods. The pessimists, those who believed the Arabs would bomb anyway, estimated 6,000 dead and several times that number in wounded in Jerusalem alone.

Events had taken on a momentum of their own beyond either side’s calculation. In the Arab world, rhetoric was whipping passions into white heat. “If you want war,” declared Egyptian President Gamal Abdel Nasser in a public challenge, “we are ready for you.”

Israel did not want war. The likely price even for victory was grim. Six thousand Israelis, one in every 100, had died in the victorious War of Independence, a conflict that had seen little air action. When Israel had next gone to war, in the 1956 Sinai campaign, it had been on only one front and in collusion with two powers, England and France. Even so, Prime Minister David Ben-Gurion had insisted that France station air squadrons in Israel to protect its cities from air strikes.

Now, in 1967, Israel stood alone against what was beginning to look like a broad Arab coalition with three times as many tanks and warplanes as Israel.

Moshe Dayan, on the eve of being named defense minister, estimated that there could be tens of thousands dead. “An entire generation of paratroopers and tank crews will be lost,” he told the general heading Israel’s Southern Command, “but you will win.”

Despite this dire casualty estimate, the general, Yeshayahu Gavish, found solace in the remarks because Dayan at least predicted victory. Not all national leaders were sure of that. Even IDF chief of staff Yitzhak Rabin was pushed to the edge of nervous collapse by the responsibility that had fallen on him.

In search of reassurance, Rabin called on Ben-Gurion, now retired, for an informal chat. It turned out to be the most traumatic meeting of Rabin’s life. Ben-Gurion was as decisive as Prime Minister Levi Eshkol was hesitant, but his decisiveness lay in warning against going to war without the support of a foreign power. Otherwise, it would be an adventure that risked national disaster, he said, and the responsibility would be Rabin’s. The chief of staff had made a grave mistake, said Ben-Gurion, in ordering mobilization and thereby accelerating the war momentum.

Rabin was shaken by Ben-Gurion’s remarks. His air force commanders were promising dramatic results if Israel struck the first blow. The army commanders likewise expressed confidence in victory. Rabin was not sure the government would permit a first strike, but even if it did he could not be certain that the generals’ predictions would prove realistic when put to the test.

Against this uncertainty, Ben-Gurion’s powerful “thou shalt not” was a warning Rabin could not shrug off. Ben-Gurion had proved prophetic in the past. If he was correct now, Rabin could be leading the nation to another Holocaust.

On May 22, Egypt announced the Straits of Tiran would be closed to Israeli shipping from the following day. The closure was a clear casus belli. To let it pass without a military response would be a devastating sign of weakness. Eshkol told a ministerial meeting the following day that Washington had asked Israel not to attempt to send a ship through the straits while the U.S. attempted to resolve the matter by diplomatic means. In the mood of indecision that prevailed, the American request offered a welcome respite.

Rabin was subdued during the meeting with the ministers. He chain-smoked and his face was taut. In the evening, he asked General Ezer Weizman, head of operations on the general staff, to come to his home. Speaking candidly of the strain he was under, Rabin asked Weizman whether he believed that he, Rabin, should resign. Weizman, a former air force commander, persuaded Rabin that he needed only a brief rest.

Mrs. Rabin, concerned at her husband’s distress, called the IDF’s chief medical officer who diagnosed “acute anxiety.” The doctor sedated him and Rabin slept until the next afternoon. Word was put out that Rabin had been temporarily incapacitated by nicotine poisoning. When he returned to his headquarters, he was calm and knew what had to be done. There was no way out but war.

With moblization, the largest source of manpower remaining in Jerusalem were yeshiva students exempt from the draft. Of the 2,000 volunteers who turned out each day for trench-digging in areas without shelters, 500 were yeshiva students. On the Sabbath after the closing by Egypt of the Tiran Straits passageway to Eilat, the civil defense commander in the Katamon quarter was amazed to see a group of yeshiva students being marched to a digging site by two bearded rabbis.

The prohibition against working on the Sabbath is one of the strictest injunctions of Judaism, but the rabbinate had declared the crisis one of pikuach nefesh (life or death) in which vital work is not only permissible on the Sabbath but mandatory. The two rabbis took off their jackets and joined the students in the trenches with shovels.

At the Tnuva Dairy plant at the other end of town, permission was received from the rabbinate to remain open this Saturday to lay in a store of hard cheese and milk powder for a possible siege. An elderly rabbi appeared this day and in a symbolic gesture helped push a milk cart. Not all yeshivas availed themselves of military deferment. At the Rav Kook Yeshiva, a religious nationalist stronghold, the dining room table where the older students usually sat was empty. Most of them were serving in elite paratroop or reconnaissance units.

On Saturday morning, the commander of a mortar platoon scheduled to be mobilized the next day sent messages to his squad leaders summoning them to a meeting. The officer was new to his unit and had not yet met his subordinates. When they arrived, he was taken aback to see one in chassidic dress. Two others were also clothed for the Sabbath. Half apologetically, the officer said it was important that they knew where their gun position would be if war suddenly broke out this day. The chassid and the others assured him it was perfectly all right and climbed unhesitatingly into his car.

There was, however, one small segment of the ultra-Orthodox community that kept aloof from the national effort. The Neturei Karta sect had always refused to recognize the sovereignty of the state of Israel, and its attitude had not been changed by the crisis. A foreign reporter seeking out the sect’s leader, Rabbi Amram Blau, found him unmoved by the impending dangers. Israel, he explained, would be truly resurrected only when the Messiah comes and not by a political movement dominated by irreligious men.

“The arrogance of creating a state,” he said. “The State of Israel uses the name of holy Israel although they are rebels against God and the holy Torah.”

With the 69-year-old Blau in his home was his wife, a convert from Catholicism 22 years his junior. Their marriage several years before had caused a scandal that forced the couple to leave Jerusalem for several months. Mrs. Blau spoke of her experiences in World War II when she lived in Tarbes, in the south of France.

“I’m not frightened by bombing,” she said. “When they bombed the factory in town at night I didn’t bother to get out of bed.” When the reporter asked the rabbi who he would want to win if it came to war, his wife, who sat behind him, leaned forward and whispered to Rabbi Blau in Yiddish, “Don’t say anything that will harm us.”

The rabbi smiled and said, “I don’t pray for anybody’s victory. But I would want the Zionist regime to dissolve as a result of such a war.”

When war broke out on June 5, Yussele Weissberg, a cherubic-faced chassid with beard and sidecurls, helped carry wounded at Shaarei Zedek Hospital all night. In the morning he took off his bloodied frock, sterilized his instruments, and, despite the shelling, set out by car on his regular rounds as a mohel. He found most of the eight-day-old male infants on his list lying, well wrapped, on benches in shelters.

The normally joyous event was marred by the absence of the fathers and by the weeping of women uncertain about the fate of their menfolk. The traditional schnapps and cake were generally missing, and the cheerful Weissberg reluctantly had to forgo the toast “lechayim (to life).”

During his rounds he passed a civilian on the street who had been hit by shrapnel. Weissberg stopped his car and bandaged the wound. After transporting the man to a hospital, he started out again to induct another Jew into a turbulent world. 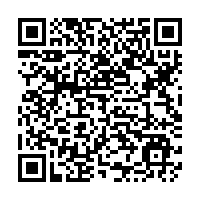