Trump’s speech will also cover incentive for youth and for trade, at what the Saudis are calling a “historic summit,” the first of its kind. The American president will be pointing to the opening of a relationship, the confrontation of extremism, the isolation of those who claim that there is enmity between the Islamic world and the West.


Prince Al-Jubeir stressed that the Kingdom supports the role of Washington in the fight against ISIS, and noted his country’s satisfaction that “President Trump was clear in calling for Iran to comply with UN resolutions.”

“We saw military moves and increased sanctions on Iran, which must stop its dubious activities in the region and respect international relations,” the Saudi FM said.

He stressed that Riyadh and Washington are working to increase maritime security aimed at deterring Iran to ensure its compliance with policy. He also called Trump’s the decision to strike against Syria “wise and right,” adding that “Trump manages to make difficult decisions that are correct when necessary.”

He explained that Saudi Arabia “is committed to the peace process in the Middle East on the basis of UN resolutions, on the basis of the two-state solution, with the principle of Jerusalem for everyone,” adding that “resolving this conflict requires thinking outside the box and creativity. We are convinced that President Trump understands that we want an innovative solution to this issue.”

“The United States’ commitment to defend its allies will not change, and any relaxation of the US presence in the region will be exploited by the forces of evil, which we all agree to combat. We will fight all forms of extremism and cooperate in the fight against terrorism and against terror financing.”

History will remember this as a turning point from a strained relationship to a strategic partnership between the Islamic world, the United States and the Western world, working together to build peace, build societies and fight terrorism and extremism, he said. 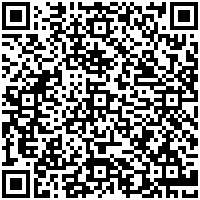