Once again, someone in Trump’s administration has managed to insult the People of Israel. It’s starting to become a routine.

In the map of Israel that is shown in the video, the Golan Heights, Judea, Samaria, and half of Jerusalem have been ripped out. We won’t even mention Gaza.

Justice Minister Ayelet Shaked said that she hoped the omission by the White House was done out of ignorance and not policy.

Earlier in the week, a member of the US Consulate in Israel said that the Kotel (the Western Wall) is not part of Israel. 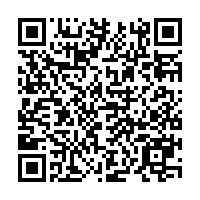