Each passing day brings new stories of brutal anti-Semitic attacks emanating from Europe’s newly admitted refugees and immigrants. The coalescence of Islamist and Leftist Jew haters is ending identifiable Jewish life across the continent. The savagery of the attacks in Sweden and in France has been known for years. The threat is spreading. England is becoming unsafe, and Germany—a country deeply committed to preventing anything reminiscent of its anti-Jewish genocide—is on the verge of succumbing.


In the U.S., identifiable Jews can still move freely (except on progressive college campuses), thanks in large part to President Trump. His insistence on the proper vetting of those seeking to enter the country has reduced the importation of Middle Eastern Jew-hatred. His desire to align the pace of immigration with the speed at which we can integrate new arrivals into the American mainstream helps prevent the destruction of the American dream—a key to securing America’s Jews.

In a world of rationality and justice, American Jews would be grateful to President Trump. Orthodox Jews, the most traditional, visibly Jewish, and targeted for hate, actually are. Most other Jews, however, remain wedded to a leadership and a political party far less interested in the continued security of the American Jewish community—and in the expression of Jewish values—than is the President. For the most part, the American Jewish mainstream is split between those dedicated to redefining Judaism as progressivism with a mild Jewish flavor and those committed only to securing their donor bases, power, and prestige.

Will these mainstream Jewish leaders ever apologize to, much less thank, President Trump? Don’t hold your breath.

President Trump has worked hard to improve the lives of African Americans. He has embraced policies that create jobs, motivate employers to hire, and let workers keep more of their wages. He’s gotten record numbers of African Americans off welfare, off food stamps, and into paying jobs – to the dismay of “leaders” who have converted reliance on government into a big business. He’s working with any police force willing to cooperate on improving the safety of Black neighborhoods. And he’s encouraging African Americans to think for themselves – a threat to the establishment so severe that it’s willing to savage Kanye West as mentally imbalanced for expressing an independent thought favorable to the president.

In a world of rationality and justice, African Americans would be grateful to President Trump. Some of them clearly are. Most, however, remain wedded to an agenda, a power structure, and a political party far less interested in the safety, welfare, and mobility of America’s least fortunate citizens than is the President. For the most part, America’s loudest African American voices are more interested in promoting divisive identity politics, attacking law enforcement, and preserving policies based on discrimination. African American leadership appears committed only to securing its own donor base, power, and prestige.

Will these mainstream African American leaders ever apologize to, much less thank, President Trump? Don’t hold your breath.

Each passing day reveals new atrocities that Muslims commit against their co-religionists in a global inter-Muslim civil war. President Trump was the first Western leader to address it openly—in his Riyadh speech to the leaders of the Arab and Islamic worlds. He called upon them to drive the violent supremacists from their midst; to identify and neutralize those who seek to make modern Islamic life incompatible with peace, tolerance, acceptance, and coexistence. He stood strong for Muslims seeking to integrate in a peaceful, prosperous, tolerant world.

In a world of rationality and justice, American Muslims would be grateful. Some of them are. Most, however, remain wedded to a leadership far less interested in seeing the emergence of a vibrant American Muslim community than is the President. For the most part, they reject his attempts to help America’s Muslims thrive, and focus instead upon blurring the distinction between the religion of Islam and the supremacism of Islamism. They seek to pit America’s Muslims against America’s non-Muslims and to foster a culture of victimization—all to secure their own donor base, power, and personal prestige.

Will these mainstream Muslim leaders ever apologize to, much less thank, President Trump? Don’t hold your breath.

Still, it’s unfair to single out America’s Jewish, Black, or Muslim leadership. The leadership of American immigrant, LGBT, Asian, and feminist communities have been little better. They reject policies demonstrably improving the lives of their constituents in order to maintain their own positions and cashflow.

President Trump has never once discriminated among Americans. Whether Jewish or Muslim, Black or Asian, gay or feminist, this President sees them simply as Americans—and as Americans, he seeks to serve them, putting their welfare and safety ahead of non-Americans.

Imagine that. An American President who puts Americans first. An American leader who refuses to pander to or exacerbate divisions among Americans. No wonder America’s self-important, divisive, exploitative institutions hate him. 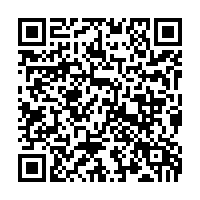