Jordanian law, which is the common law in Judea and Samaria, an area considered by Israel to be occupied territories, determines that when the IDF Civil Administration wants to publish building plans or establish a new settlement in Judea and Samaria, it must publish it in two Arabic-language newspapers. It’s the law of the land.

In recent years, this legal requirement has served as a tool for combating Jewish settlement in the liberated territories, as Arab newspapers refuse to accept ads dealing with construction plans or the establishment of settlements – and as a result can actually prevent the “occupier” from expanding Jewish communities east of the “green line.”


If Arabic-language publications refuse to run your ad, they effectively bury your project, or at least are able to cause needless delays.

In order to overcome this problem, after 50 years since the 1967 liberation of these areas, Deputy Defense Minister Eli Ben Dahan (Habayit Hayehudi) was presented this weekend with an order of the IDF commander of Judea and Samaria bypassing the requirement to publish those ads in Arab newspapers in Arabic, permitting instead the alternative means of running ads in Hebrew language publications, such as the Civil Administration’s own websites.

Ben Dahan, who initiated the move, congratulated the IDF Civil Administration on their cooperation. 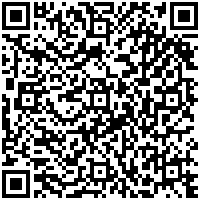