The United Nations developed a Universal Declaration of Human Rights that underscored the basic human rights that all people in the world possess. The UDHR states clearly in Article 13 that:

Note that the relevant clause is that a person is entitled to leave his COUNTRY and then return to that country. For Jews, that means that the remaining survivors of the 850,000 people that were kicked out of Arab countries including Iraq, Egypt, Libya and Morocco have the basic human right to return to that country, should they so desire. However, the Stateless Arabs of Palestine (SAPs) have no such right, as Palestine was never a country but an administered region from 1924 to 1948.

The principle of returning to a house, land or town is not based on universal standards, but found in a niche resolution to address the SAPs several decades ago.

On December 11, 1948, the United Nations General Assembly passed Resolution 194 in the middle of Israel’s War of Independence. Article 11 stated:

“Resolves that the refugees wishing to return to their homes and live at peace with their neighbours should be permitted to do so at the earliest practicable date, and that compensation should be paid for the property of those choosing not to return and for loss of or damage to property which, under principles of international law or in equity, should be made good by the Governments or authorities responsible;”

This is the clause that the Palestinian narrative continues to call out, but it fails in many regards:

Further consider that the same UNGA Res 194 made other statements that the Palestinian Authority rejects, such as Articles 7 and 8:

“Resolves that, in view of its association with three world religions, the Jerusalem area, including the present municipality of Jerusalem plus the surrounding villages and towns, the most eastern of which shall be Abu Dis; the most southern, Bethlehem; the most western, Ein Karim (including also the built-up area of Motsa); and the most northern, Shu’fat, should be accorded special and separate treatment from the rest of Palestine and should be placed under effective United Nations control;”

The Palestinians are seeking to turn eastern Jerusalem into its own capital, not a permanent UN town. The PA claims that it already has control of part of this Corpus Separatum – Bethlehem – which they took over in December 1995. Are the Palestinians going to abandon Bethlehem and scheme for eastern Jerusalem, or will they just cherry-pick from UN 194 to validate an invasion of Israel?

One could possibly argue that around 30,000 SAPs over 70 years old who are interested in moving to Israel and living in peace should be allowed to do so, but the Friday protests at the Gaza border are full of young people. These people have no legal rights to move to Israel and their actions at the border constitute a threat of invasion and must be addressed on such basis. And if the PA acting president Mahmoud Abbas wants to quote UN Resolution 181 (which the entire Arab world rejected in 1947) and UN Resolution 194, he should be prepared to relinquish Bethlehem and dreams of eastern Jerusalem.

Palestinian Arabs’ “Great March of Return” is nothing more than the “Great MYTH of Return.”

Delivery of the Fictional Palestinian Keys 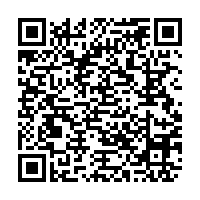