On July 14, 2019 David Israel wrote in the Jewish Press “Mark Mellman, president of Democratic Majority for Israel, on July 9 sent a warning letter to the Democratic presidential candidates regarding a “strongly anti-Israel organization, IfNotNow, which has refused to acknowledge Israel’s right to exist at all,” and which is “asking young people to run up to candidates and ask some variant of, ‘will you push Israel to end the occupation.’”

So far Pete Butiggieg, Elizabeth Warren and Joe Biden have been targeted by Ifnotnow and publicly condemned the “occupation”.

Marc Mellerman, the AIPAC and other pro-Israel groups should follow the same strategy of Ifnotnow and also force presidential candidates to take positions by asking questions. Some of the questions they could ask include:

1. Do you support the ethnic cleansing of 400,000 Jews from Judea and Samaria even though 20% of the Israeli population is Arab and Arabs are allowed to live anywhere in Israel?

2. After final Status negotiations, do you believe Jerusalem’s Western Wall should be under Israeli sovereignty (as Bill Clinton stated in his Parameters for Peace) or Palestinian sovereignty (as Obama wished)?

3. If Israel withdraws from Judea and Samaria how would Israel protect itself from Hamas missile attacks. Considering Hamas leadership repeatedly stated they will attack Israel from the West  Bank as they do from Gaza if given a chance?

These questions should be asked to Presidential candidates by pro-Israel groups to counter Ifnotnow. 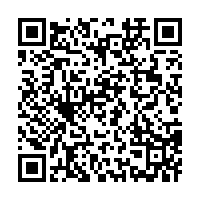