The last thing leading Democratic presidential candidate Joe Biden needs is to sink his pretty teeth into the Israel-PA conflict. His views on the settlements are identical or a bit to the left of the Obama administration: he opposes them and believes that they are counterproductive to Israel’s security. But he prefers not to highlight this part of his platform, because no matter what he says on the issue, it would cost him votes.

Which has made him a very attractive target for the most effective anti-Israel group, IfNotNow, which uses its tiny numbers (a few hundreds – although they might be growing) to drag Biden, along with the rest of the party, to a precipice where the Trump campaign will surely pick them off and watch them fall.


Because the fact is you cannot win a presidential campaign in America on an anti-Israel line – despite what your base is demanding. Because while as many as 73% of Democrats identify Israel as the cause for the failure of peace talks, the voters at large do not.

Alas, IfNotNow activists hunt for Biden, and while they are not allowed a seat up front at his events, they wait for him after the show.

Mark Mellman, president of Democratic Majority for Israel, on July 9 sent a warning letter to the Democratic presidential candidates regarding a “strongly anti-Israel organization, IfNotNow, which has refused to acknowledge Israel’s right to exist at all,” and which is “asking young people to run up to candidates and ask some variant of, ‘will you push Israel to end the occupation.’”

Mellman wrote that “such a question and response alters the foundations of most Democrats’ Israel positions:

“1. It wrongly suggests Israel alone is responsible for the current impasse in negotiations, ignoring the fact that the Palestinian leadership has consistently refused offers for a two-state solution. As President Clinton recalled, ‘I killed myself to give the Palestinians a state. I had a deal they turned down…’

“2. It demands pressure on Israel alone.

“3. It ignores the need for a negotiated agreement between Israelis and Palestinians that would give the former security and the latter a state.”

.@JoeBiden just said ‘The Occupation is a real problem’ and we’re happy to hear it: this is a baseline position every 2020 candidate needs to take. But when we asked @JoeBiden if he’d pressure Israel to end the Occupation, he deflected to his record. pic.twitter.com/1AIQ7Ubl3g

Joe Biden was asked on Saturday by IfNotNow activist Elias Newman, 26, if he is ready to pressure Israel, and the candidate answered, “There’s no answer but a two-state solution,” just like Mellman suggested, then adding, God knows why, “I think the settlements are unnecessary” (To whom? To what?) and then, as Newman boasted on Twitter: “Joe Biden just said ‘The Occupation is a real problem.'” Because Newman had asked him if he considered the occupation “a human rights crisis.”

Biden has shown on numerous occasions that he suffers from hoof-and-mouth disease like no other candidate, and that his capacity to embarrass himself is boundless. According to The Intercept, he really tried to follow the Mellman recommendations and deflect, deflect, deflect those pesky, anti-“occupation” probes. But he’s just not bright enough when facing determined, Jewish leftists. Hey, we brought down the Czar, we can do Biden.

According to the Concord Monitor, at one point Joe had had enough. Sarah Kate Feferman, another IfNotNow firebrand, accosted him following an appearance in Atkinson, NH, and criticized his failure to criticize Israel over the “occupation.” Eventually, as their exchange was growing meaner, Biden “raised his finger at the woman, moved his face within inches of hers and slid off his thin-rimmed aviators.”

Feferman described the encounter: “I felt that he was trying to intimidate me. That, in combination with hearing him use the same talking point… it’s so disheartening.”

Mellman recommended to the Democrats in the presidential race what he called “A principled, Democratic, pro-Israel response” to the “occupation” question, that goes: “I strongly support a two-state solution to the Israeli Palestinian conflict. That solution must give Israelis security and Palestinians a state, but it must also be negotiated directly by the parties, not imposed by outsiders.” 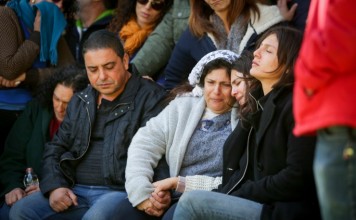 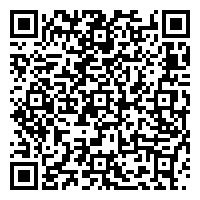