JewishIsrael is pleased to see that a growing number of concerned columnists across the religious and political divide are covering the severity of the missionary problem in Israel.  Writers such as Diane Bederman and Donny Fuchs have persevered despite the controversy and unpleasant challenges that come with exploring territory which is deemed “untouchable” in an era marked by Israel’s enormous dependence on evangelical Christian support.


Sacrificing principles which are fundamental to Judaism, Jewish identity and Jewish continuity should not be done in the name of “democracy”, “tolerance” or” freedom of religion and expression”. This is an issue all Jews can agree on regardless of political views or degree of religious observance.

Having had a blog post removed last week by the Times of Israel (TOI), due to personal objections by Israeli evangelical/messianic attorney Calev Myers, didn’t intimidate Diane Bederman. She immediately resumed her bold and determined pursuit of the truth with a new article, again critical of Myers. This time TOI saw fit to keep it online.

Although not Torah observant, Bederman, a hospital-trained chaplain who respectfully deals with people of all faiths, is championing the rights of Jews to be free from those Christians (a.k.a. missionaries and messianic Jews) who are trying to re-define Judaism and “who feel free to tell us who and how to believe.”

Donny Fuchs, who is Torah Observant, cited Bederman’s altercation with TOI in his most recent article in the Jewish Press, asserting that, “the problem arises when someone tries to articulate or defend a Torah position that veers from the politically correct road.”

What is it About the Evangelical Agenda that Makes Jews Across the Political Spectrum Recoil?

Rachel Tabachnick writes lengthy research articles which are critical of the “Religious Right” in America. Her recent article deals with the highly controversial Republican National Committee (RNC) trip to Israel under the sponsorship of the American Family Association (AFA).

A number of liberal journalists frequently incorporate their political and social slant into their critique of “pro-Israel” evangelicals. This causes a lot of us pro-Israelis to dismiss their articles and reports. More often than not, it is difficult to discern whether certain liberal Jewish journalists may have an innate and sincere (albeit subdued) concern about the future of Judaism, the Jewish people and Israel, behind their calculated swipe at the evangelical Christian agenda.

Yet Tabachnick’s research is as intriguing as it is startling, and we suggest that our readership scroll down her recent article and read the sub-section titled “INOCULATING CHRISTIAN NATIONALISM WITH CHRISTIAN ZIONISM”.

What some Torah observant bloggers label as “Esauvian” (our sages connect biblical Esau and Edom to modern Christian Western civilization), secular liberal journalists perceive as aggressive “Christian supremacy” or “Charismatic dominionism” and “Christian triumphalism”. Could it be that Jewish writers on both sides of the divide are intuitively sensing the same thing?

When the Agenda Gets in the Way

Another report has been published by the very left-leaning research institute Molad and the main findings were recently reported in a feature newscast on Israel’s Channel 2. JewishIsrael was contacted several months ago by the researcher who is responsible for the Molad report.  At the time she presented herself as a student doing research and we urged her to steer clear of politics when reporting on the evangelical-Israel relationship. Once political cards and leveraging enter the picture, an ulterior agenda is exposed which can unfortunately overshadow or nullify any authentic concern for Judaism, the Jewish people and the integrity of Eretz Yisrael.

The issue of increasing fundamental Christian influence in Israel should be of worry to every Jew concerned with the continuity of Judaism. This is an issue which should unify the Diaspora and Israeli communities rather than cause divisions along political and religious lines. JewishIsrael encourages thinking Jewish writers and activists to honestly explore this very challenging problem via a Jewish perspective, which requires putting partisan politics aside and prioritizing the survival of Israel as a unique Jewish nation. 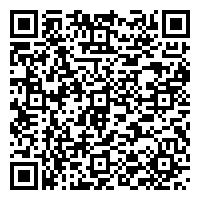