Author’s Note: The following reflections are a response to Rabbi Daniel Landes’ article “Rachmanut for Gaza” which was recently featured in The Times of Israel. In the above referenced article, Rabbi Landes presents a distorted notion of the concept of mercy which has no commonality with the Torah’s understanding of the term, since it fails to recognize the existence of pervasive evil.Tragically, such distorted beliefs aren’t limited to teachers and educators. They permeate the echelons of Israel’s military and political leadership. The result of such naked ignorance is that Jewish lives are sacrificed on the altar of progressive thought, which informs our national policy relating to such critical issues as Arab terror, Arab demography, and territorial concessions. Without a Torah framework we cannot fight our enemies, as surely as we would be unable to breathe if someone placed a bag over our heads. Such un-Jewish interpretations of “mercy” and “peace” are disturbing enough when expressed by those who reject the divinity of Torah. The phenomenon of religious rabbis expressing such views is even more insidious, since it grants a seal of kashrut to views that are diametrically opposed to Judaism. Ironically, Rabbi Landes expresses a desire to see halacha applied to the situation in Gaza, as a means of articulating Jewish “rachmanut.” Evidently, he is unfamiliar with the laws of Milchemet Mitzvah.

Like all good card carrying liberals, the editors of The Times of Israel believe in free speech, for Jewish liberals, that is; for those who distort Jewish teachings to support progressive ideals. The problem arises when someone tries to articulate or defend a Torah position that veers from the politically correct road. Such individuals don’t fare so well and inevitably they get bounced out of the camp of Those Who Are Permitted To Speak. Consider the case of Diane Weber Bederman who was recently informed by TTOI that her article “We want all of the 6 million Jews and 1 million Arabs to come to Jesus” was removed from their forum. What was her crime? She wrote about the notorious missionary Calev Myers who advocates for “the rights” of ‘Jews for Jesus’ to make aliyah under the neutered “Law of Return.” Who filed the complaint? Calev Myers himself.

I can attest to this pattern of bias from personal experience. Several months back, TTOI banned me for expressing my ideas about Islam. Suddenly, unilaterally, without the courtesy of a conversation, they cancelled my account. Nor would they respond to my inquiries, when I requested an opportunity to defend my position by proving that everything I wrote was premised on historical fact. (Frankly, it was an honor to be banned by those who would silence an honest position.) My point is this: I have my finger on their fluttering Jewish pulse.

Yet in addition to the inherent liberal bias of the The Times of Israel, evidently, the former also give license to those who perpetuate blood libels against the Jewish people. As such, you will be celebrated by many leftists for your obscene piece, “Rachmanut For Gaza,” where you bemoan what you termed “the Palestinian plight” in Gaza. Let me first correct the obvious error, which immediately highlights your bias. There are no Palestinian people, so THEY cannot have a “Palestinian plight.” Palestinians exist in the manner that unicorns exist. Solely in the realm of fantasy and in the imaginations of those who create/deny history. Instead I will refer to the subjects of your article as “the Arabs of Gaza,” since we can at least agree upon one point: they are currently in Gaza (temporarily, I hope.) 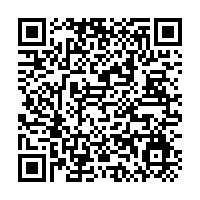