When the most powerful nation on earth, the one that provides Israel with the most support both militarily and diplomatically, orders its ally not to attack another country, Israel is left with little choice but to listen. That is why Obama, Kerry, Clinton, and Panetta have been able to publicly abuse Israel with little backlash. But it is also why the administration’s threats of international isolation and abandonment have left Israel with little choice but to loudly proclaim her legal right to take all measures necessary in order to ensure the safety and security of her people – to defend herself, by herself.

And there are many signs that Israel is prepared to do so. In the sixth year of Obama’s administration, Israelis know full well that the American president who promised, “The United States will always have Israel’s back when it comes to Israel’s security” has no intention of actually following through on that assurance. The U.S. may have been “shocked” (just shocked!) at the statements of Israeli Defense Minister Moshe Ya’alon this week when he opined that Israel must “behave as though we have nobody to look out for us but ourselves,” in part because:

… [w]e had thought the ones who should lead the campaign against Iran is the United States. But at some stage the United States entered into negotiations with them, and unhappily, when it comes to negotiating at a Persian baazar, the Iranians were better.

But Ya’alon was certainly speaking truth to power. And speaking of power, let us turn to a real superpower. Not the type that we reminisce about from the pre-Obama glory days of the Pax Americana that kept stability in the world, but the superpower that presents itself in the form of a democratic dynamo – the economic and military powerhouse known as Israel. As reported in the Times of Israel this week:

Israel’s security forces have the capability to carry out military operations in virtually every part of the globe, including Iran, IDF Chief of Staff Benny Gantz said Wednesday, adding that Israel had already conducted dozens of covert operations in foreign and enemy countries….

The TV report asserted that Gantz’s comments represented a first “definitive” acknowledgment that Israel is capable of military intervention in Iran and constituted a hint from the chief of General Staff that this kind of activity was already happening.

And according to a report in Ha’aretz, despite the ongoing talks with Iran and P5+1, Netanyahu and Ya’alon have ordered the IDF to begin preparations for a possible 2014 Iranian strike, earmarking at least $2.89 billion for the operation. (As an aside, think about that dollar amount in the context of the $52 billion that Obama has spent on three months of ObamaCare advertising and try not to throw something at the television the next time you see him joking around with Jimmy Fallon, Ellen DeGeneres, Zach Galifianakis, Kobe Bryant, and the rest of his adoring entourage.)

Many Israel-supporters had hoped that Netanyahu would attack Iran prior to Obama’s 2012 victory, believing that Obama would have been forced to support Israel for fear of reprisal from the electorate if he failed to do so. That is why now, when the world’s good guys are shirking their responsibilities and shrinking in stature in the face of ever more powerful bad guys enabled by the U.S. president, is the time for Israel to act.

Putin has given Netanyahu the gift of a second window. In the lead-up to the 2014 midterm elections, in which Obama must keep the Senate in control of the Democrats, Obama would have no choice but to stand behind Israel if she attacks Iran. If Russia stands with Iran, Obama will be forced to stand with Israel or lose the American people to the Republican Party. He cannot risk that happening. And Netanyahu cannot afford not to act on that knowledge. 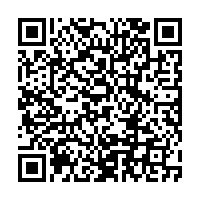