At the Ramaz School, my alma mater, an invitation was extended to Professor Rashid Khalidi, the Edward Said Professor of Modern Arab Studies at Columbia University, but then rescinded by the head of school, Paul Shaviv. Mr. Shaviv made clear in a statement that the invitation to Professor Khalidi was rescinded on the grounds of his political stature rather than his views, and that he will work with the Ramaz Politics Society to arrange a program with similar content so that students can hear another view on the conflict.

Professor Khalidi has accused the State of Israel of violating international law and committing war crimes, while advocating for the Palestinian legal right to resistance.


Nevertheless, a group of Ramaz students started a petition aimed at defying the school administration and bringing Professor Khalidi to lecture at the school, and so far 200 individuals have signed. Their argument is to provide exposure for its students to different perspectives, providing academic equitability to the Ramaz community.

As it has been made increasingly clear in the current political landscape, there are multiple sides to every issue, and within Jewish communities across the United States, a sharp polarization of views is taking hold and causing major friction. Even within institutional strongholds of the pro-Israel cause, controversy is arising, which is catching the eye of the public and press.

What the Ramaz petition fails to consider is the mission of the Ramaz School, which explicitly states its commitment to “Ahavat Yisrael, and love and support for the State of Israel.” While bringing Professor Khalidi to lecture at Ramaz may provide an alternate frame of insight into an important issue, the school should not bring in a speaker who holds views sharply opposing the mission of the school.

As part of its mission, the Ramaz school is committed to the “pursuit of knowledge and intellectual rigor,” but it also must uphold its values calling for the support of the State of Israel, and Mr. Shaviv succeeds in doing so by committing to help provide alternate views on the conflict to the Ramaz community.

While a free exchange of ideas should always be encouraged in an academic setting, Ramaz students supporting the petition should consider that there is no shortage of venues, including in New York City, which provide lectures and events for the purpose of criticizing the State of Israel. As a private institution with a stated mission, Ramaz has a responsibility to educate its pupils according to its stated values, and its administration has the right to decide who it brings into its doors just as its students have the right to attend any lecture concerning the Middle East conflict at another venue.

This issue raises another, in that there is a trend of modern Jewish institutions resolving their disputes in the public eye, causing further contention within Jewish communities around the United States. In the words of President Abraham Lincoln, “a house divided against itself cannot stand.” It is a sign of weakness within a community when certain issues take the forefront, allowing common enemies to capitalize on the division. Just as it would be best for the United States and the State of Israel as allies to resolve differences behind closed doors, Jewish organizations and institutions should handle issues without publicized petitions from within, as there are surely more productive ways to communicate with an administration than to shame the institution.

Instead of bringing a lecturer into Ramaz who challenge the mission of the school, the administration should continue to focus its efforts on providing preparation for its students before they enter college campuses on how to properly respond to criticisms of the State of Israel. Ramaz helped me develop the courage and ability to stand up for the State of Israel with factual evidence and logical reason, for which I will be forever grateful, and Mr. Shaviv has acted in complete accordance with the mission of the school in rescinding the offer of invitation to Professor Khalidi but committing to invite a different lecturer who can also provide an alternative frame of view to Ramaz students regarding the Middle East conflict. Hopefully Ramaz continues to empower its students with the ability to defend the State of Israel on college campuses all over the United States, as is necessary in holding a productive dialogue on resolving the conflict in the Middle East. 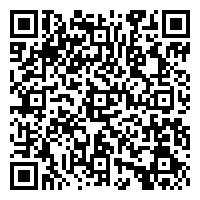