My father, who lives in Jerusalem, is ninety-five years old. I’d never seen or heard him cry uncontrollably – until the news came that the three kidnapped Israeli boys, Gilad Shaar, Eyal Yifrach and Naftali Frankel, were dead. He sobbed. Over and over he cried out, “They killed the boys, they killed the boys.”

There are no words that can properly describe what we all felt and still feel. But as we move forward, I offer some reflections, dealing with the challenge of what we can do now. These are humble suggestions, as I am the first to acknowledge that I do not have any real answers.


Continue to comfort the families. The Yifrach, Shaar and Frankel families have comported themselves with great nobility. But the hardest part of grieving begins when shiva ends. It’s therefore important that we continue to support the families. And so, as a small gesture, there are three large cards in the lobby of my shul addressed to each of the boys’ families. I encourage families, including children, to come in and write words on them that come from the heart. My wife, Toby, and I will personally deliver the cards to the families. I urge every synagogue and Jewish institution to consider doing the same.

Remember the role of the IDF. In the search for the boys, thousands of soldiers put their lives on the line. At this challenging time, each of us can make a difference by doing something for the IDF. We can contribute to Friends of the IDF, recite tefillot for the soldiers, commit to calling a soldier we know or especially a chayal boded, a soldier who serves even as his or her family lives outside Israel. Special honor should be given to those young men and women from America and around the world who serve in the IDF or in Israel’s National Service (Sherut Leumi).

Maintain a sense of Achdut Yisrael. During these past weeks we felt especially close to each other. Across the political and religious spectrum we lived and breathed as one people. The families of the slain boys led the way. Yair Lapid, a member of the Israeli cabinet who is more to the left, was invited to speak at Gilad’s funeral. Rabbis responded respectfully to Racheli Frankel as she joined the fathers in reciting Kaddish. This sense of crossing lines for the sake of unity must continue.

Categorically reject revenge attacks. With a loud and strong voice we must say “no” to individuals who take the law into their own hands, killing innocents. Racheli Frankel said it best. As soon as she heard that a Palestinian teenager, Muhammad Abu Khdeir, had been kidnapped and killed, she said: “There is no difference between blood and blood. Murder is murder. There is no justification and no atonement for murder.”

In this spirit, I believe we must be careful in how we understand the word nekamah, often translated as revenge. Kel nekamot Hashem (Psalm 94:1) does not mean the Lord is a God of revenge. Rather, it means the Lord is a God of retribution. Revenge is an emotional lashing out and an engaging in collective punishment. Retribution is rational. It is justice based upon a rational system of reward and punishment.

Understand the place of anger. Anger is an emotion. We cannot control what we feel, but we can control our actions and we should not act based on anger. I am angry – very angry. But we reach the highest levels when our emotions can take a back seat to our actions.

Respond to hatred with love. The Midrash says that while Bilamcould have instructed an assistant to saddle his donkey for travel to curse the Jews, he did so himself because his hatred for the Jewish people was so great that it defied the rule. And, the Midrash continues, we must do all we can to counteract hatred that defies the rule with acts of love that defy the rule. Here too we can all make a difference. Each of us can think of one act, one kindness, we can do for another that perhaps can tip the balance of the world. 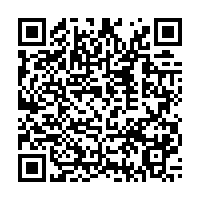