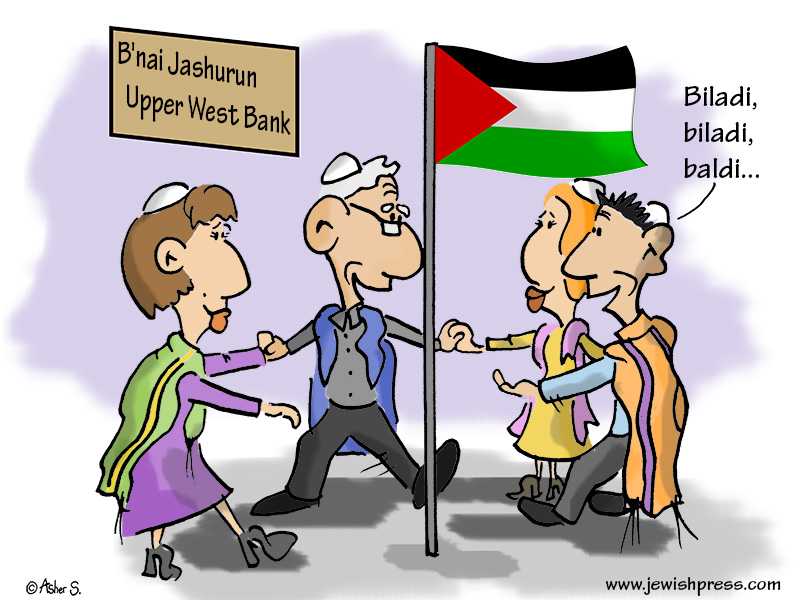 
That is quite the dramatic understatement. In 1869, German-born Rabbi Bernhard Felsenthal of West Chicago’s Zion Congregation protested efforts that would assist Jewish settlement in then Palestine and furthermore supported the resolution of the Philadelphia Conference of Reform Rabbis, declaring that “the Messianic goal of Israel is not the restoration of the old Jewish state under a descendant of David, involving a second separation from the nations of the earth, but the union of all men as the children of God.”

Earlier, he sought the removal of prayers “for Israel’s return to Palestine” from the prayer book of the Sinai Congregation where he presided. To his credit, he later became “concerned with the threat to the Jews in America posed by religious indifference, and feeling that the course taken by Reform was preparing a ‘beautiful death’ for Judaism, he became an enthusiastic supporter of the Zionist movement.”

By 1890, the Reform movement’s the Central Conference was on record as doctrinally opposed to Zionism, eliminating references to a return to Palestine and a Jewish state from prayers and ritual on the grounds that nationalism and  statehood were not in consonance with Reform Judaism. Various resolutions such as those from the 1869 Philadelphia Conference of 1869 and the 1885 Pittsburgh Conference of 1885 flat-out denied the restoration of the Jewish state. And in 1917, the phrasing of the Central Conference resolution was “We herewith reaffirm the fundamental principle of reform Judaism that the essence of Israel [is] not in any political or racial national consciousness. And therefore, we look with disfavor upon the new doctrine of political Jewish nation.”

Moreover, as Naomi Weiner Cohen makes clear, Reform Rabbis did not stop at declarations for internal consumption. Starting in July 1918, in response to the Balfour Declaration and the expected confirmation by U.S. President Woodrow Wilson of its principles, they set out to sabotage that move.

The Philipson Committee sought action. That same year, the Central Conference’s president Louis Grossman urged the vitalization of Jewish life in Europe by American Reform Jewry. Pro-Zionist voices were censored and peer pressure forced Rabbis out of Reform institutions. To be sure, these official representative positions were not monolithic. Nevertheless, the result was that a petition was composed and sent to Wilson on March 4, 1919  which declared “we reject the Zionistic project of a ‘national home for the Jewish people in Palestine’” signed by 299 Rabbis and leading Jewish figures and followed that with a letter in The New York Times (some things never change) signed by 300.

Even after the 1920 San Remo Conference decision, the Hebrew Union College on continued to entrench itself in anti-Zionism. As the Minutes of its Board of Governors on May 25, 1920 read, they declared “no one land, Palestine or any other, can be called “the national home for the Jews … Palestine is not our national home, since we are not now and never expect to be citizens of that land.”

So extreme was the opposition that one Louisville Kentucky Reform Rabbi, Isaac W. Bernheim, advocated a revolutionary formulation that would clarify the disassociation from Zionists who used the term “Jewry” to signify a separate entity. Bernheim proposed that the use of the terms “Jew” and “Jewry” be given exclusively to the Zionists, and as the terms “temple” and “synagogue” had bad connotations and were the bases for accusations that the Jews were a foreign entity. Therefore, he urged that the name “Israel” be substituted for “Jews” and that houses of worship be renamed “Reform Churches of American Israelites.”

This anti-Zionism ceased in 1937 when the Columbus Platform affirmed the “obligation of all Jewry” to build a “Jewish homeland” in Palestine although it led to the establishment of the breakaway American Council for Judaism.

And now Rick Jacobs, Rabbi and president of the Union for Reform Judaism, is reformatting Reform Judaism’s Zionist thinking. Declining to accept a major sponsorship proposal from the Jewish National Fund (Keren Kayemet LeYisrael), established by Theodor Herzl in 1901 for the upcoming URJ Biennial in Chicago in December, he was expressing his anger that JNF purchases were made “against the principles of transparency and proper management, deceiving the board of directors and most senior leaders in the organization.”

His statement reads in part:

“we remain committed to a democratic and pluralistic Israel, and two states for two peoples. Accordingly, we emphatically and continually oppose all land acquisition by the Jewish National Fund (KKL) outside the sovereign borders of the State of Israel, known as the Green Line. The activity of the Zionist institutions must reflect and support a broad consensus of the Jewish people and Israeli society.”

I would be the first to identify with Jacobs’s fulminating chagrin that, if as charged, a Reform JNF board member was deceived even if this policy of land purchases has been going on since 1967, as in the six decades previously. Back in 2005, Haaretz reported that “Since 1967, tens of thousands of dunams of land have been purchased by the Jewish National Fund in areas of strategic importance in Judea and Samaria. The lands share a common location: They are all near the Green Line.” What is not clear is would Jacobs accept a democratic decision to purchase those, as well as other lands, or would he in principle oppose all land acquisition as the statement reads.

The purchase of land in Eretz Yisrael, the Jewish national homeland, has been going on since Abraham’s time in Hebron, Yaakov in Shechem and David in Jerusalem. The Midrash (Genesis 79) makes it clear that the Bible specifically notes land purchases and transactions, so that nations can never castigate the Jewish people and say, “You are occupying stolen territory.”

It could be that the phenomenon of pressure from the extreme left is at work here. Nevertheless, the intimation by Jacobs that such purchases are not reflective of the broad consensus of the Jewish people and Israeli society is poppycock. Of course, they are. Furthermore, the consensus in Israel—where the real decisions, not just those of a financial or philanthropic nature—are made, democratically, is that the so-called “Green Line” that Jacobs seems to be sanctifying simply doesn’t exist, certainly not as a matter of sovereignty.

Using that frame of reference, Jacobs is not only factually in error, as the line was specifically nonpolitical as agreed in the Truce Agreement (Article II:1—“No military or political advantage should be gained under the truce” and VI:8—“The provisions of this article shall not be interpreted as prejudicing, in any sense, an ultimate political settlement between the Parties to this Agreement”). But everyone knows that at the minimum, areas where Himnuta are making purchases are to be included in the area even the left agrees will be part of Israel if ever the Arabs decide to make peace.

But Jacobs is engaged in a more basic reformatting of the Reform Movement’s Zionism. He is seeking to undermine fundamental Zionism, based on 3,000 years of Judaism. He surely knows that the Talmud stipulates, at Gittin 8B, that:

“ ‘a field bought in Syria is like one bought on the outskirts of Jerusalem.’ What rule of conduct can be based on this? R. Shesheth says: It means that a contract for selling it [to a Jew] can be drawn up even on Sabbath. What? On Sabbath? You know the dictum of Raba, ‘He tells a non-Jew to do it.’ So here, he tells a non-Jew to draw up the contract. And although there is a Rabbinical prohibition against telling a non-Jew to do things on Sabbath [which we may not do ourselves], where it was a question of furthering the [Jewish] settlement of Eretz Israel the Rabbis did not apply the prohibition.”

Purchasing property and furthering Jewish settlement of the land is a primary element of being Jewish. But even if Jacobs support a minimalistic political platform (“two states for two peoples”), does he not realize that his very public outburst is nonsensical? Shall we, in the name of “two states for two peoples,” deny Arabs the right to purchase land in the State of Israel? Or may I interpret his position as denying the Jews to reside in a future state of “Palestine”?

While he may have the right to reformat Reform Zionism, he should not be allowed to do that by promoting anti-Jewish discrimination. Has Jacobs really thought out all that his position affects?

I suggest to Rabbi Jacobs to simply demand a more open policy of land purchases and leave the politics of peace to Israel. Or make aliyah.