“It’s not easy being labeled religious these days,” a friend confessed to me a few weeks ago.

My friend may be right – so-called religious people have committed some of humanity’s most horrific crimes, casting a dark shadow on religion – but what is religion? What is the definition of a “religious person”? What was he referring to? Can religion and evil really co-exist?


Some define religion as a set of beliefs, while others define it as an array of rituals. Some emphasize the truth of ideas, others, the illusion of thoughts.Generally, however, religion is regarded as “the relation of human beings to that which they regard as holy, sacred, spiritual, or divine” (Encyclopedia Britannica, 2006).

Unfortunately, this model of religion may not always be positive. At times, the relationship one may have with the “holy, sacred, spiritual or divine” may even become dangerous. Historically, crimes committed in the name of religion have spewed immeasurable destruction in our world – from the Roman persecution of Christians to the Spanish Inquisition to the Islamic jihad of today.

Moreover, if this is religion, what good does it serve? Why should one desire it? How can a good person subject himself to religious ideals that are shamefully abused by evildoers?

Perhaps the enigma of religion stems from the misguided notion that the purpose of religion is to help us fight the bad in the world – that religion exists to fight racism, bigotry, sexism, etc. Subsequently, people who practice religion devote a large part of their lives to helping others and bringing goodness to their surroundings. These noble aims are very much a part of the fabric of religious thought, but on some level they may miss the point and subvert the very goals they seek to achieve. Because in the very quest to help others, it is possible to neglect the most vital frontier of all: that of the inner self.

In their pursuit to better the world, many fail to better their own selves. In their desire to practice religion, they discount the true meaning of religion. For religion means fighting yourself more than fighting others; improving yourself more than improving others; gaining control over yourself, and your negative inclination, more than gaining control over the world.

It is important, even vital, to be conscious of outside threats. In our increasingly open world we must know how to identify and fight, without compromise, the bad that relentlessly attempts to penetrate the sanctity of our circles. We must learn to decipher the various manifestations of evil and conquer them with unwavering vigor.

Being positively involved in the world is of high importance too. “Tikkun olam” projects and other forms of social-aid initiatives are essential to the peace and success of our society. But we ought to remember that positive change begins with the self. Just as light can only come from light, a good world can only come from a good person.

The legendary chassidic master from the city of Kotzk in Poland, Rabbi Menachem Mendel Morgenstern (1787-1859), once professed to his disciples that “when I was young, I desired to change the world. But I quickly realized this was an impossible feat, so I decided to work on my city alone. This too became unachievable, so I focused solely on my family. But I now finally realize that the only person I can truly change is myself.” 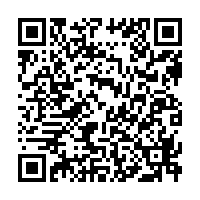