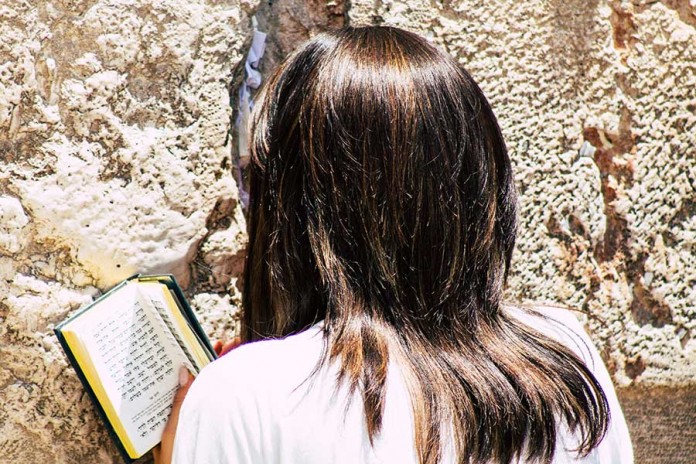 On erev rosh chodesh Elul one of my facebook friends reposted a paragraph from a reputable Torah website whose header was “Segulah – PASS IT ON.”

My inner cynic rolled her eyes. “Religious clickbait” she informed me, in that uppity tone she adopted when faced with information that didn’t totally align with her way of thinking. I ignored her and enlarged the font, listening instead to the voice of my inner Bais Yaakov girl, who preceded my inner cynic by many years, who saw the word “segulah” and started quivering with anticipation.

In “here ye, here ye” format, the paragraph proclaimed that anyone who says perek 27 of Tehillim morning and night from Rosh Chodesh Elul through Yom Kippur is promised by the Arizal to have a year full of blessings, a year where all harsh decrees from heaven will be canceled, a year where all difficulties will be annulled for you and your family. Wow! Eager to tap into this magical perek, I googled Psalm 27. With sheepish recognition the familiar words of “L’Dovid, Hashem ori” winked up at me from the page. “Clickbait, indeed,” murmured my inner cynic, “everyone knows you start saying this in Elul, and whoever posted this got it wrong, we say it until the end of Sukkos.”

With a dramatic sigh she turned her attention elsewhere, leaving me alone with my inner Bais Yaakov girl who had a much more positive outlook on life. “Awesome!” she enthused, “it’s good someone reminded you to start saying it. And who knows? Hashem can make anything happen, right?” With those words of wisdom she too took her exit, and I was left to contemplate this Facebook post on my own.

The entire month of Elul is dedicated to preparing ourselves spiritually for Rosh Hashana. The theme running through psalm 27 is the overarching desire of man to be close to Hashem, and within the language of the text are references to Rosh Hashana, Yom Kippur and Sukkos, making it the perfect chapter to help us jumpstart our spiritual journey. While all the concepts are meaningful, there is one phrase in the perek that consistently blows me away.

“One thing have I asked of G-d, only this will I seek: my peaceful sojourn in the house of G-d all the days of my life” (translation from the Hirsch Tehillim).

The language is curious, redundant; why does Dovid HaMelech repeat himself, first saying “only one thing have I asked” immediately followed by “only this will I seek”? Is this for poetic effect, or is there a deeper reason for the duplication? And what is it exactly that Dovid is asking for? Imagine being able to ask Hashem for just one thing, what would it be? Health, financial stability, long life, a large family? Yet Dovid asks for none of that, he asks simply to live in G-d’s house every single day, which sounds beautiful in theory, but on a practical level, what is Dovid actually asking for?

Dovid HaMelech knew that merely asking G-d to live in His house and then sitting back and waiting to get invited inside was not going to work. He knew that Hashem is not a wishing well; close your eyes, drop in a penny, click your heels together three times and passively wait for your wish to come true. He knew that there were two parts to the equation; part one was letting Hashem know what he wanted and part two was being proactive, doing something tangible to make his desire become a reality. This is the reason for the repetition of Dovid’s words, first he davened to Hashem to allow him to live in his house, and then he went to seek out the life path that would lead him to G-d’s front door.

The Kotzker Rebbe asked his disciples a famous question, “Where does G-d dwell?” His students looked at him strangely, and replied, “G-d is everywhere, there is no place that is devoid of Him.” Enigmatically the Kotzker Rebbe retorted, “I know that, too. But the truth is that G-d dwells wherever man permits Him to enter.” This is what Dovid was referring to when he asked to live in G-d’s house. Of course Hashem is everywhere, a tenet of faith so pivotal that it is one of the first songs we teach our bright eyed toddlers upon entering pre-school. “Hashem is here , Hashem is there, Hashem is truly everywhere,” a deceptively simple ditty that reassures our precious neshamalas that not only will mommy and daddy protect them, but their heavenly Father will be with them forever, even long after mommy and daddy are gone. But Dovid knows that it is not enough to have an intellectual awareness of G-d’s presence in the world, what he craves is a relationship with Hashem. And he knows that relationships take work, that they need to be nurtured, that there are ups and downs, ebbs and flows, and the only way to keep the relationship fresh is by showing up, every single day of your life.

As a little kid I imagined that Hashem lived in the clouds, a benevolent protector who loved me unconditionally; who handed out treats to good little girls who davened with kavana and listened to their parents. Back then my soul was pure, untainted by my inner cynic and arrogantly confident that nothing bad could ever happen to me.

But bad things happened, as they invariably do; prayers went unanswered, wishes unfulfilled, and so I stomped my little foot and turned my back in frustration. I was too unsophisticated and unschooled to know that G-d was not a vending machine; I was convinced that inserting a coin or a prayer in the right slot ensured that everything would be okay. I couldn’t imagine that G-d would say no to me, and even after I realized that “no” or “later” was also an answer, the seeds of cynicism and doubt were planted, and instead of living like a princess in G-d’s house, there were times that I banished myself to the basement, to the attic, hiding away and sulking and allowing our special relationship to languish.

We sloppily translate “teshuva” as repentance, but the the root of the word is “lahshuv,” to return. In Rav Kook’s sefer “The Lights Of Teshuva,” he explains in his lyrical prose that before we return to Hashem, we must first return to ourselves. When we’re born, our souls are pristine, and as such, we have a natural, intuitive desire to retain the pure and perfect relationship we had with Hashem while still in the womb. As neophytes, we are royalty in G-d’s palace, surefooted in our belief that everything and everyone is good. As time passes we flail and falter, we become versions of ourselves that are unrecognizable, our souls get lost in the dark, in the dungeons; or worse, we disconnect ourselves from the holy kingdom forever. But our souls are magnetized, they are drawn back to the source of their power, and as they make this arduous journey home the layers of obstinacy and rebellion and guilt gradually slip away, revealing once again their one true self. Rosh Hashanah is the birthday of the world, of people, of souls; and on this holy day our souls are returned to the way they were at the beginning of time; a true and authentic teshuva.

The facebook post continued to trouble me, both its content and my response to it. I succumbed to the lure of an easy fix, a segulah presented in a way that made it sound like a lucky charm, a post that fooled me into thinking that merely paying lip service to Psalm 27 twice a day would allow me to rub the lamp and let the genie out, who would then grant me my heart’s desires. On the second day of Rosh Chodesh Elul I said this special perek with extra care, and as I ruminated over Dovid’s request for just one thing, I could not stop myself from praying to G-d for so many, many things.

My soul is older now, weary, yet strong. It’s been shattered and repaired many times, the scars evident, but not disfiguring. My soul is comfortable in G-d’s castle, and I let it roam around freely, reining it in gently when it strays too far, but allowing it the latitude to explore all the fresh ideas and thoughts and dreams that are hiding in the nooks and crannies of the kingdom.

Sometimes it tries to take shortcuts, and we sit down and have a chat. I explain that the magic wand is just an illusion, and that sliding down the banister to get to the ground floor may be a quicker way to go, but it’s a dangerous way to travel. Once a year my soul takes a special journey to visit G-d on his throne, to declare Him once more the King of Kings. We prepare together carefully for thirty days, and when time is up I whisper softly in my soul’s ear, “This time tell God I need just one thing.” 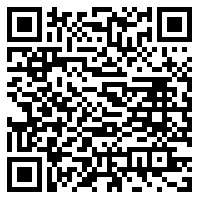