He ignores many efforts FDR made on behalf of the Jewish community. He also has conveniently ignored the high level of anti-Semitism in America at the time.

He forgets that Rabbi Stephen Wise publicly supported FDR on many issues regarding the problem of quotas, immigration and American xenophobia. He forgets that FDR’s lawyer was Samuel I. Rosenman, that Benjamin V. Cohen, the counsel for the American Zionist Movement was hired by FDR, and that Henry Morgenthau was a personal friend.

In fact, Roosevelt hired more Jews (15 percent of his administration) to top governmental positions than all the presidents from Washington to Clinton.

Medoff forgets the verdict of the Goldberg Commission’s conclusions regarding the American Jewish response to the rising threat of Nazism to the Jews. I happen to have read Richard Breitman’s book on FDR and the problem of Jewish refugees, which Medoff mentions. I had Breitman on my program, “The Advocates,” on September 15, 2010. (The broadcast can be heard at www.advocates-wvox.com.)

Medoff shapes the facts to bolster his argument.

When FDR made his “Quarantine Speech,” he was excoriated in over 400 editorials around the country. Many of these papers called for his impeachment. The immigration issue was radioactive and was opposed by 100 percent of the Southern Dixiecrats, many of whom controlled the committees of Congress.

Even the Sabath-Celler refugee bill to bring in basically 20,000 Jewish children was completely opposed by Congress and had to be withdrawn. FDR was trying to find an excuse to go to war against Germany, and he fought an undeclared naval war in the Atlantic to help the British.

Almost 95 percent of the Jews killed were beyond the Oder-Niese border of Poland and Germany. Lucy Dawidowicz, in her definitive book on the Holocaust, The War Against the Jews, barely mentions FDR or the United States. FDR understood the limits of his power – and, by the way, he made many public statements about the Nazis as early as 1933.

Medoff is quite selective in his accusations. He has exploited the issue of the 400 protesting rabbis, the non-bombing of Auschwitz, and almost every other issue in his quest to defame FDR.

Despite all that, long after Medoff is dust, FDR will still be known and understood to have been the greatest American friend of the Jewish people. 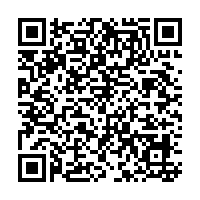