You’ve seen the scene before – the congregants are silent, the tension can be cut with a butter knife, all eyes are peeled on the bimah in the center, two blessings are uttered, and the silence is pierced….by the most primitive horn one could find!

Any newcomer would have expected the next step to be a major sermon, or at least a profound liturgical piece chanted by the cantor. The Machzor has no shortage of the latter, and our rich tradition does not suffer from a drought of the former. And yet God decreed one major biblical commandment on Rosh Hashanah: to blow the shofar to get through the Day of Judgment each year rather than ask for forgiveness and plead our case with the help of words.


But the story doesn’t end here. We are commanded not just to blow the horn; when praying in a minyan (Tractate Rosh Hashanah 34b) we must blow at the end of the three additional blessings of Mussaf (Code of Jewish Law, OC, 592). Knowing the rather strict laws forbidding any form of interruption in the midst of the Amidah (Code of Jewish Law, OC 104) nobody would ever think of eating matzah or shaking the lulav in the midst of the holiday Amidah. And yet, on this High Holiday we intentionally interrupt the prayer.

Thus, concluded Rav Soloveitchik (based on the Ritva/Ramban, Rosh Hashanah, ibid.), the blowing of the shofar must be a prayer in and of itself and thus it causes no “interruption” to the service but rather blends in as a prayer among prayers.

While prayer all year is usually built around specific themes or requests uttered in words, the mere sounds of Tekiah-Shevarim-Teruah comprise a different kind of prayer. It’s not asking for anything, nor is it just praising God. Selichot, begging for repentance in the wee hours of the morning, are not in the service on these days at all, and it would be rather hard to find any direct request in the liturgy during this onset of the year.

Rather, we come before God stating again and again that He is Melech/King forever, and then blow the shofar, which is another way of stating one major prayer: Do what’s right for Your people!

Not “ensure the Republicans win,” not “forgive me for my sins,” and not even “save us from Iran.” No, we blow the shofar and ask God to take the sounds and transform them into the most needed requests for the sustenance of the Jewish people in the upcoming year. As the Talmud states in the name of God (Rosh Hashanah 16a): “Say before me the prayer of Malchuyot [Kingship] to crown me your king, say before me the prayer of Zichronot [Remembrance] so I will remember you for the better. And with what – with the shofar.”

It’s one thing to ask God for all your heart’s desires. But on this day, we rise to another level of prayer; we blow the shofar which is one genuine plea – “God, please rule the world in a way that will insure that we prevail this year.”

Therefore it’s no wonder that we are so silent and tense before those first shofar blasts penetrate the walls of the synagogue, as the prayer contained therein is more vital than anything we could ask for.

But how fortunate are we to know this “secret” prayer without words and thus state, right after the first thirty blasts, “Blessed are you, the Jewish people, that know the secret of the shofar; God, in Your Ways we will work under Your Guidance.”

With our “primitive” shofar, our prayer without words will turn into the most needed petition. No wonder we walk into Rosh Hashanah upright, dressed in our best, with faith that God will look after His people in 5773. Nothing says it better than the words of the Midrash (Yalkut Shimoni, Tehillim 247, quoted by the Tur, OC, 581):

“No nation is like this nation…. the normative way of the world is for someone on trial to wear black clothing, walk unshaven and with uncut fingernails, as he doesn’t know the outcome of his trial. But the Jewish people don’t do that; they wear white clothing…and eat/drink on Rosh Hashanah, as they know that God will perform miracles for them.” 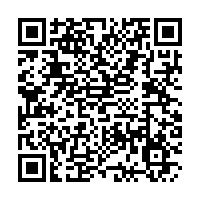