To understand the election of Rouhani as president of Iran, several points must be clarified:

The first is the Shi’ite practice of taqiyya. Ever since the birth of Shi’a in the middle of the seventh century CE, its adherents have been so persecuted by the Sunni majority that their lives were in constant danger and when they were caught, in many cases, they were brutally murdered. Over the years, in order to survive, Shi’ites developed the practice of taqiyya or “the need to survive”, which enabled them to endure in a hostile environment despite their faith and their political leanings. A basic component of taqiyya is khod’eh, which means deception, or pretense. During the 1350 years of the conflict with the Sunnis, the Shi’ites have developed the practice of taqiyya and khod’eh into an art. They have become so adept at it, that polygraph tests cannot detect the physiological phenomena that usually occur when a person lies, (involving changes in perspiration,  production of saliva, heart rate, blood pressure, etc.) when the subject being investigated is a Shi’ite. And Western police departments are aware of this.

The second point is that the office of president in Iran is not like that in the United States, France or Brazil. In these states the president is the head of an executive pyramid, and his policy is the dominant factor in conducting the state’s business, because there is usually  no authority above the president. In Iran, however, the presidency is the fourth level from the top, and there are three levels of religious authority above him: there is the supreme leader (today Ayatollah Khamene’i), under him is the Assembly of Experts and under that is the Council to Ensure the Interests of the Regime. All three of these agencies are staffed by religious authorities, and all of them are above the president, above the government and above the parliament. As a result, any Iranian “democratic” process has a very low level of authority, and the influence of the elected bodies on internal and foreign policy is quite limited.

Responsibilities of “the president” are also limited, and from our perspective, the salient point is that they do not include the nuclear project and the activity of the Revolutionary Guard. These two matters are managed directly by the supreme leader. The elected bodies cannot dislodge the supreme leader from his position. All of the candidates for president must pass a meticulous “kashrut” test, and only a candidate who is thought to be an integral part of the ayatollahs’ regime can be a candidate in elections. Therefore, because of the limitations imposed by the structure of authorities as well as the candidate’s personality, there is no chance that the  elected “president” will bring about a fundamental change to the character of the regime or in the way that the state functions.

The third point is that Iranian society is fairly secular, and it is estimated that about ninety percent of the citizens do not lead a religious way of life at all. The reason that the public appears to be religious, especially in the way the women dress, is because the government requires it. Most of the citizens were born after the Islamic Revolution, which occurred in the beginning of 1979, and it is precisely because of religious coercion that the youth leave the faith. But these youths know the rules of the game, and are reluctant to sacrifice their lives in order to replace a religious dictator with another sort of dictator; nationalist, for example, such as Shah Pahlavi in his time. The youth took part in the elections for president not because they like any specific candidate or the way that the religious system controls their lives, but in order to achieve the best result from the elections within the context of existing conditions, and the best result, for them, is to elect a candidate who is not a devout traditionalist, but slightly more modern, moderate and attuned to the hardships of the people. There is no other game in the field, so they participated.

The fourth point is what happened in the elections of 2009. In those elections, the Iranian public felt that the result had been fabricated by agents of Hamene’i, and the reformist candidate who won – Mir Hossein Mousavi – was thrown aside so that Mahmud Ahmadinejad – who was then Hamenei’s preferred candidate – could continue as president. As a result, the masses burst into the streets of the cities and the resulting violent demonstrations cost the lives of hundreds of people. In those days the heads of the Iranian regime feared that the demonstrations might bring about a revolution, so three jets were prepared in Teheran airport in order to rescue the heads of the regime in case rebels took over the country.

Iran’s Supreme Leader: Zionists Are Behind all Intra-Muslim Problems 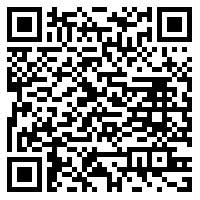