Walk onto a college campus today and you might be surprised to soon find yourself in a kindergarten-like room filled with napping students, bouncy balls, and cookies. You’ve just entered a “safe space,” the new phenomenon taking college campuses by storm.

These spaces are described as havens for students to gather when they have been subjected to upsetting ideas, speakers, or events. Safe spaces have become so popular in the college community that its definition has expanded from actual rooms on campuses to a general state of mind in which teachers and students must be careful not to utter certain “trigger words” or say anything that can be seen as offensive to others. Many universities have gone to extremes to ensure this.

A few months ago, two students from Bowdoin College hosted a tequila-themed party and handed out mini sombreros. This was met with outrage by students and the university because it could be interpreted as being offensive to Mexicans. Consequently, the hosts were kicked out of their dorms and faced impeachment trials from their student government. The college rushed to offer therapy to troubled students, who then demanded safe spaces for anyone who felt specifically targeted. The media got hold of the story and a number of scathing articles appeared concerning the “insensitivity” of the party-throwers.

To me, this all sounded like a major overreaction on the part of the university and the media to the slight “offense” of distributing sombreros. The first thought I had when reading about this was how fortunate Jews on college campuses would be if all they had to fear were students handing out yarmulkes as party favors.

The biggest offenders in recent months have been hate groups at CUNY colleges all over New York. The Zionist Organization of America took notice and composed a letter to CUNY administrators detailing the troubling incidents of anti-Semitism. Some of those included: a professor who called Israelis assassins and baby killers; swastikas and Jewish slurs painted on bathroom walls; people pulling Israeli flags and pro-Israel signs out of students’ hands; and members of Student Justice for Palestine hosting “die ins” where they would lie on the floor with fake blood, yelling at Jewish passersby.

A particularly disturbing incident took place during a “Million Student March” rally. Originally created to protest student debt, the march spun out of control when members of SJP began shouting “Zionists out of CUNY, go back home, and get the [expletive] out of my country.” They also menacingly chanted “Death to Jews” and yelled other threats. After the rally at least two students reported they felt unsafe identifying as Jews on campus.

The reaction from the university was decidedly tepid. CUNY condemned the acts, but has done little else. CUNY did commission an investigation of the charges, and while the investigators’ report acknowledged there had been anti-Semitic occurrences that made students feel unsafe, the incidents came under the rubric of protected speech.

Leave aside the legal argument over whether death threats are protected under the first amendment. Leave aside the fact that colleges have had no trouble expelling students for hate speech, such as when the University of Oklahoma expelled two fraternity leaders for using the “n” word. Even leave aside the fact that the lawyers conducting the CUNY investigation admitted that some attacks went beyond free speech “and were tantamount to assaults.”

Let’s just focus on how CUNY admitted that Jewish students felt unsafe on its campuses – yet those students were not offered therapy or provided safe spaces. Nor were there recommendations for sensitivity training or probation for the many anti-Israel and anti-Jewish offenders.

Not surprisingly, the media couldn’t be bothered. The whole ordeal passed with only a few outlets even mentioning it. Why? Because we live in a world where safe spaces are demanded by enlightened society for students offended by sombreros but not for students confronted with death threats. A society where relatively benign insensitivity inspires marches and rallies but real aggression and hate barely merit a whimper.

I am fortunate to attend Yeshiva University, one of the only colleges completely devoid of any type of anti-Semitism, but when I hear about my peers experiencing unimaginably hostile environments on a daily basis simply due to their religion, I am horrified. And when those students’ concerns and fears are not validated in any way, I am outraged.

Safe spaces may be a silly way for students to hide from any antagonizing views, but at least they were created with the noble intent of protecting students from harm. Except, apparently, Jewish students.

You’d better believe that if any protestors would yell similarly hateful comments toward any other minority group, there would be major blowback from politicians, academia, and the media. Expulsions would be demanded, apologies would be extracted, and of course the safe spaces liberals love so much would grow apace.

But unless those so-called safe spaces are embraced for students belonging to every minority group, they aren’t safe spaces at all. They are just more spaces where Jews feel unwelcome – a feeling we are all too familiar with.

Goldstein on Gelt: Is Money in the Bank Really Safe? 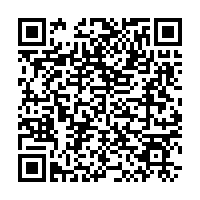