The picture on the front cover of Safta’s Diaries (translated and edited by Shera Aranoff Tuchman, published by Ktav) is of a beautiful, strong woman. The photographer caught her in a quiet moment: she is sitting on a tall horse; the reins are in her right hand, the pommel of the saddle under her left hand; she appears ready to lead the charge against any challenge that might come.

Her long-sleeved, high-necked dress would have been appropriate in the observant Jewish community in her native Poland; the wide belt and the twin panels of material above it lend the dress an American verve. The photograph was taken in 1922 in Evarts, Kentucky.


Nine years later, during the battle over unionization between miners and mine-owners in Kentucky, it will be entirely in character for this clear-sighted, principled woman and her equally principled husband to help hungry families. The owners wanted to starve the miners into submission, but this couple could not let the families suffer.

They took three thousand dollars they had saved to buy an automobile and bought a different car – a train car full of hundreds of bags of flour to give away. The poster announcing the availability of the flour defied the prevalent racism and anti-Semitism and announced that Jewish values were the impetus for this donation. The poster read:

In accordance with the Jewish custom

to remember the needy during the

Mr. and Mrs. Harry Appleman will give away

on Friday, April 17, at the Evarts depot

A Car Load of Flour

The Flour will be given away as long as

All needy from Evarts and surroundings are

Mr. and Mrs. Appleman had read at their Passover Seder earlier in the month, “All who are hungry come and eat.” It took courage and generosity to fulfill this commitment, both character traits of this remarkable couple.

Their Hebrew names were Hillel and Bina. He had come from Russia, she from Poland, and had married in 1920. They moved later from Kentucky to Boro Park in Brooklyn so that their children could have a Torah education and be part of the community. Here Bina Appleman kept diaries in Hebrew, Yiddish, Polish and English; her granddaughter Shera Aranoff Tuchman has now translated, edited and published them.

Dr. Tuchman has edited lightly. The subtitle of Safta’s Diaries tells what the reader will find: Intimate Diaries of a Religious Zionist Woman. These are the records without self-censorship of what happened in Bina Appleman’s family and community and to the Jewish people.

It is interesting to read about the flow of life: engagements, marriages, births, educational initiatives, business ventures, friendships. From one page to the next we see synagogues and schools take shape and flourish. We realize how little people knew during World War II; in our age of instant communication, it is hard to believe that people in America did not know the extent of the destruction. Mrs. Appleman sent packages of food and other necessities to her family in Poland in the early 1940’s until a package was returned as undeliverable. We share the anxiety in 1947 and 1948 as the state of Israel struggles to be born; the elation at the reality of a Jewish country; the fear in May 1967 that the world is turning against the Jews until Hashem gives the miracle of Israel’s victory in the Six-Day War.

An awareness of God permeates Bina Appleman’s life. She prays every day and wants to explore the full meaning of her davening. Like Rabbi Akiva, she goes in her mid-40s to study Hebrew with young women half her age; she earned a diploma, first at the Herzliya Hebrew High School, then a second one at the Herzliya Hebrew Teachers’ Institute. She cannot tolerate chatter in the synagogue and follows the Vilna Gaon’s advice to pray at home where she can concentrate.

She is an intellectual who peppers her diary with quotations from the Written and Oral Torah. Her family gives her a ring with an inscription in Hebrew letters of an Aramaic phrase from the Midrash: “There is no place without Him.” She studies Ethics of the Fathers and other sources on her own. She listens to Rabbi Teitz’s Gemara lectures on the radio, the Daf Hashavua program on Saturday night. 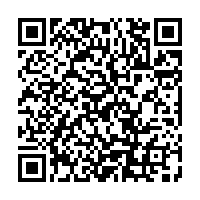